‘The Lion King’ recruits in Ja, because Garth said so 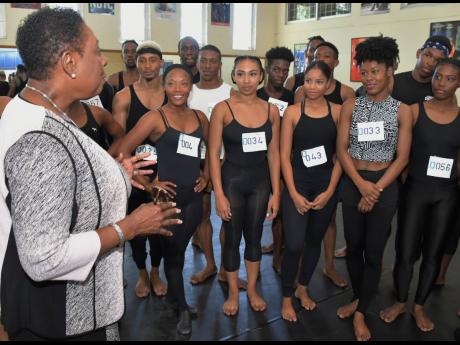 Contributed
Minister of Culture, Gender, Entertainment and Sport Olivia Grange in discussion with dancers who recently auditioned for roles in Disney’s ‘The Lion King’. 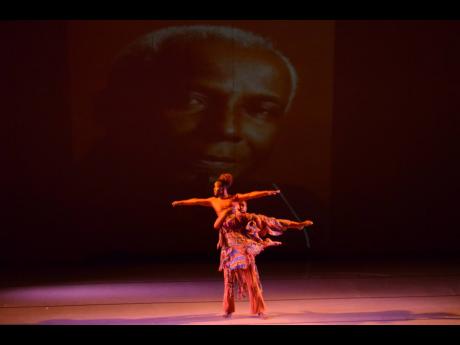 Shorn Hector
A picture of Rex Nettleford is flashed across the screen as the Stella Maris Dance Ensemble performs a piece at Remembering Rex, held recently at the Little Theatre in Kingston. 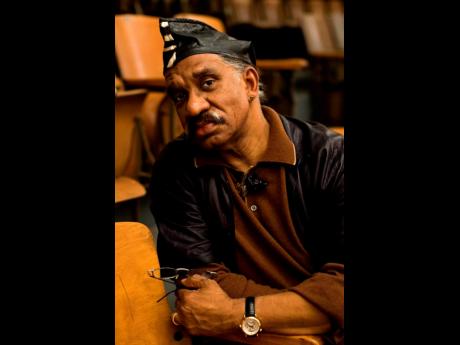 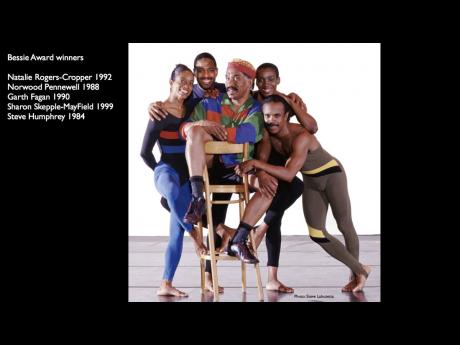 It is upon Garth Fagan’s insistence that The Lion King on Broadway repeatedly visits Jamaica to source talent to include in their astronomically successful, perpetually touring, award-winning theatrical production.

The Jamaican choreographer has been an instrumental and inimitable contributor to that production in particular and to the wider world of dance in general, with his work presented on stages all over the world. Fagan has been settled in New York for many decades, but remains acutely aware of his roots, choosing to sustain his connection to home through the recruitment of whomever impresses enough to join the cast on stage.

“I insisted on that; to go where I was made,” Fagan told The Gleaner.

Naming other revered dancers like Rex Nettleford and Ivy Baxter, Fagan suggests that his experience on the island nourished his creative skills. “All those people nourished me. I learned a lot from them. Jamaica is my blood, my veins and soul. I understand the rhythms – the subtle difference from the Africans. I studied modern dance with the best. It’s a rich hue – where my work comes from,” he said.

Among Garth Fagan Dance’s pivotal moments were in 1990, when New York Times critic Jennifer Dunning proclaimed the company’s Easter Freeway Processional (1983, scored by Philip Glass) “a modern-dance classic”. Fagan himself received a Bessie Award that same year for “an extraordinary sustained achievement in building a new dance language born of African, Caribbean, and contemporary vocabularies, a physical whirlwind of mind and body”.

Come 2020, the current company and alumni will perform at various locations around the world to celebrate their 50th anniversary. Fagan, however, lamented that Jamaica is not on the list, but he is determined to change that. “I insist we perform in Jamaica,” he said.

If Fagan’s insistence remains as powerful as it has proven in the past, there is more than a glimmer of hope that the desire for Garth Fagan Dance to include Jamaica in their golden anniversary celebrations will result in improvements in performance art infrastructure.

Last August, the theatrical performance artists and their audience were sent into a tizzy when prima ballerina Misty Copeland came to Jamaica to perform. Held at The Little Theatre, the event was sold out in no time. However, infrastructural limitations ultimately scaled down the event. Michele Rollins, patron of Copeland’s Jamaican presentation, was quoted as saying, “I sit here thinking, a floor was all that stopped us from being at the arena. We need to fix those things because there’s so much talent here.”

The Lion King on Broadway opened in November 1997. The following June, Fagan received the coveted Tony Award for Outstanding Choreography. Proof beyond the engraved award that Fagan’s choreography was indeed outstanding, lies in the fact that over two decades later, the production is still around.

“It’s quality. [The Lion King] will always gain audience. It has made more money than any production in theatre, in history,” Fagan shared.

A seasoned professional, the choreographer noted that his dance moves where designed to fit with the gargantuan vision of the director and the unquestioning support of the technical crew.

He elaborated, “Different cultures, languages and races have enjoyed it, and stamped and cheered – not only because of my work. Julie Taymor, the director, is sensational.” He recalled reviewing preliminary sketches of the production. “I thought, this woman is possessed ... in a good way by The Lion King. All my colleagues – costumes, lighting, all of us – we worked feverishly way into the night, every night, until we got it right.”

Perhaps because the opportunity to demonstrate their skills do not pervade in the Caribbean space, Fagan has observed that those who do make it past the audition phase share a similarity beyond they’re region. “One thing we know is discipline. I always learnt that discipline is freedom.”

Though he hasn’t visited in a few years (the last visit being about four years ago to lay a family member to rest), Fagan is confident the production can find more Jamaicans to add to the iconic cast. “I’m not up to speed, but there is big talent [in Jamaica]. Everything should be fine.”