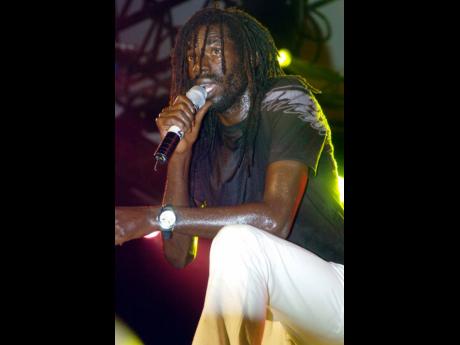 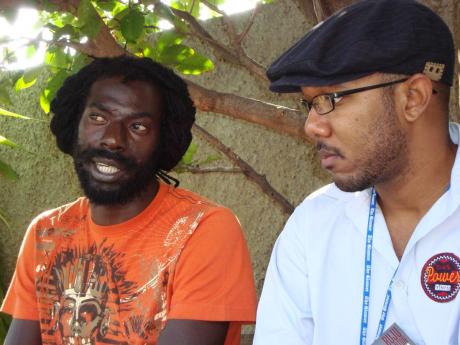 In Untold Stories, Buju seized the opportunity to speak on a post-independent Jamaica and the economic plights of the poor, making possible reference to the mass migration of many wealthy Jamaicans in the ‘70s who left the country due to political war, stating, “Those who can afford to run, will run, but what about those who can’t, they will have to stay.”

The song also poetically defined the harsh reality many Jamaicans have had to experience, which resonated with others beyond the shores of Jamaica. It provided motivation and insight for those with limited resources, while subpoenaing the conscience of political figures, stating “through all the hikes in the price, arm and leg wi haffi pay, while our leaders play”.

It was evident that Buju had become a more profound person, both musically and spiritually. Two years later, he released the critically acclaimed Inna Heights, an album which featured the hit Destiny.

While reminiscing on his success as a reggae artiste, I jokingly asked him what are his favourite instruments, to which he responded, “The guitar and the piano. I love the guitar with all my heart. It has accompanied me to write many of my songs. It’s the best string [instrument], but the one that I truly admire is the piano.”

After Inna Heights, Buju continued on his reggae path with the release of two more albums, Unchained Spirits and Friends for Life in 2003.

During this period, Buju focused heavily on developing his record label Gargamel Music. He spoke passionately about creating his own music. “I’ve always tried to do things on a different level. Remember now, I’m the son of a ‘slave’ and my mother was a modern-day, hard-working woman, God bless her soul! And we like nice things, it must represent us. I worked all my life for the conglomerates, and working with these people you learn how to operate your own and see things you’d have done differently. Now you have the chance to implement them, so next you must have some … yah meean … some success!”

To the delight of many fans, from his earlier years as a deejay, Buju released a dancehall album in 2006, Too Bad. “A different spirit of dancehall came over me and I held back this album [ Magic City] and released Too Bad because it was the right time for it.”

The album included chart-topping hits such as Too Bad, Nothing , Driver and Better Days Coming. It felt as though he had not lost a beat and could easily reclaim the dancehall market if he wanted to. However, he went back to roots reggae with his ninth studio album, Rasta Got Soul.

I had an opportunity to listen to the album before talking to him and told him my favourite track was Mary. Nonetheless, I was eager to know what his favourite was. “Affairs of the Heart can cause disturbance of the mind, is a very soulful song because the words of it are so true. A friend of mine told me, ‘Never say you can’t keep focus on the prize, it’s the receipt from the market, and never you watch the noise. Some folks think they know it all, when they know nothing at all, while some folks think they have it all/ when they have nothing at all.’”

By the time we began to wrap up the interview, it was evident that he was mentally exhausted, as he went to some deep places to respond to each question. Every question I asked, he gave a genuine answer, which was usually thought-provoking. He wanted me to get an understanding of who he is, and I think I did – a philosophical man with certain complexities that are complemented by profound thoughts.