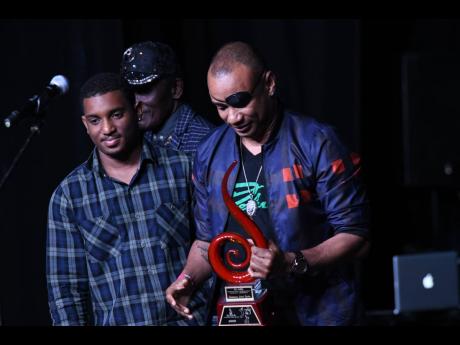 Jamaica’s sound system industry has endured many changes since its development in the 1940s, from evolving audio formats to rising dubplate and operational costs. Many sounds have fallen by the wayside as a result of this, but, three decades after it was formed, Renaissance Disco remains one of the most esteemed and sought-after Jamaican sound systems. Founder Delano Thomas credits its longevity to the fact that it has fostered a musical bond with the masses.

“We were bringing dancehall to places and people in our own island who were not accessing this part of our culture for various reasons,” Thomas told The Gleaner. “We were creating the soundtrack to the lives of so many of our patrons; we were helping them create memories. We became a staple in people’s lives because of the endorsements we received from popular local brands and we took it international. I remember going to Japan on tour in the 1990s and having them go crazy. We did the same thing at the Germany Reggae Festival.”

Renaissance Disco also distinguished itself through remixing and an enviable catalogue of successful productions under its eponymous recording label. Among the camp’s hits are Vybz Kartel’s single Tek on the ‘ Tunda Clap’ rhythm; Sean Paul’s We Be Burnin’ , featured on the ‘ Steps ’ rhythm; Busy Signal’s Not Going Down on the ‘ Ice Breaka’ rhythm; and Badmind, a track by Agent Sasco on the ‘ Rebirth’ rhythm. The brand is also known for its wide-ranging appeal – from corporate to street events.

Thomas developed his affinity for playing music at the hands of his father, a sound system operator. With a vision of being a leader in his field, he set out with a crew of 16 members and currently has a smaller team, including Spugy, Snypa, Shella, Romeo and DJ 3D, along with original members Dr Dre, Jazzy-T and DJ Christuff.

Reflecting on the sound’s 30-year feat, Thomas said he feels grateful, proud and blessed and stressed the importance of nurturing new talent in continuing the brand’s legacy.

“Renaissance continues to be a nurturing ground for some of the top DJs, MCs and producers in the business, and this is an important part of our legacy, what we call the Renaissance Academy,” he said. “We always want to maintain a professional approach to the business, and we will continue to grow, release smashing productions, do more events, and just continue to build our brand.”