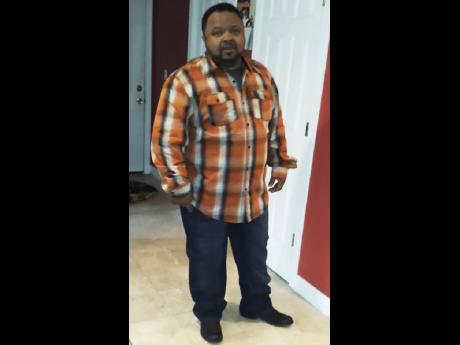 The disappointment in Michael Chambers’ voice was unmistakeable when he spoke to THE STAR on January 17. The 60-year-old resident of Connecticut in the United States had his sights set on attending the highly anticipated Buju Banton concert slated for the National Stadium. But on the day the tickets went on sale online, the site crashed. Having already booked his flight, hotel accommodation, and rented a car, Chambers began thinking of alternative ways to get his hands on tickets. Fortunately for him, he was able to make the online purchases the day after he spoke to our news team.

Now on the island for the big event, Chambers says he cannot contain his excitement. A huge Buju fan, Chambers told The Gleaner that not even a price increase would have stopped him from being in Jamaica to witness the historic moment. “I couldn’t get tickets the day they went on sale . When I went online the next day to try again, I got my ticket, but it cost me an extra US$40,” he said. “I bought it nonetheless. Even though they increased the price, I wasn’t going to miss this event. I had already bought my airplane tickets, rented my car, booked my room. I have seen Buju perform before, but there’s just something about this performance that I have to be here to witness.”

Chambers arrived in Jamaica on Thursday and says the buzz since he landed has made him even happier that he made it to Jamaica to savour the moment in person and not via social media.

“Everyone here is just so excited about the concert. The buzz is on. There are also a few other events before and after the concert that have people talking. I’m hearing about a pre-event and an after party. I haven’t decided if I will go to any of those events, but I’m happy to see all the excitement,” he said.

But even amid the excitement, Chambers, who also has friends flying in for the event, says that they have some concerns about how patrons will manage inside the venue when the show starts. He explained that after hearing that folding chairs would not be accommodated, one of his friends who has ‘problems with his leg’ opted not to purchase a grandstand ticket. That friend is now disappointed and worried about how he will manage.

Chambers said he would have loved if organisers had got all the necessary information regarding the venue and what was accepted before divulging certain information to the general public.

“I don’t know what’s going to happen with him and his wife now that they’re saying no chairs. Had he known chairs wouldn’t be allowed, he would have bought grandstand tickets, where he would have been guaranteed a seat,” he said. “I’m cognisant of why they’ve said no chairs, I would have just loved if they had said so before putting all the information out so at least people could make other arrangements. There should have been better organisation. We feel like we have to, at this point, just make do with whatever is happening.”

Despite a few glitches, Chambers says he and his friends are looking forward to the show. He is particularly pleased with the event’s line-up, pointing out that seeing four or five artistes on a show of this magnitude is enough for him. He explained that when a lot of artistes are included in an event’s line-up, time problems always arise. He notes that fewer artistes means more time to deliver a quality set. In addition to Buju’s performance, he is looking forward to also seeing Chronixx.