Dancing in the streets of Senegal - Latonya Style’s African excursion 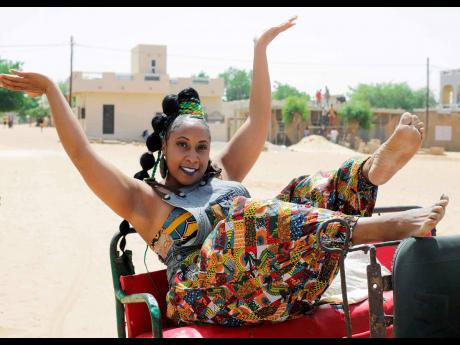 Contributed
Latonya Style has a little fun in the streets of Senegal. 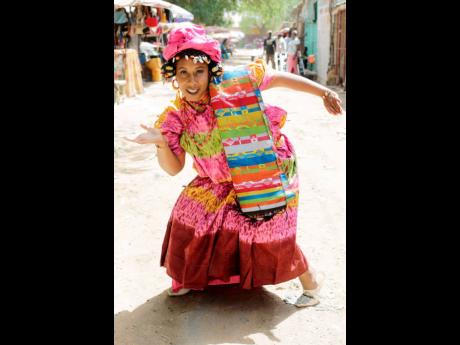 Contributed
Latonya Style strikes a pose in her traditional dress. 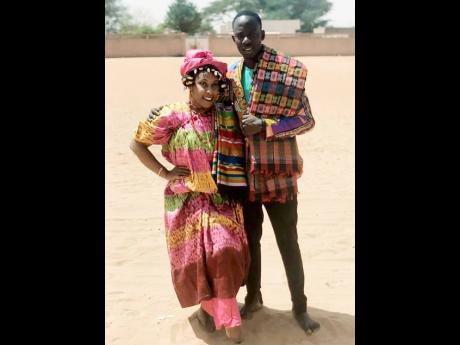 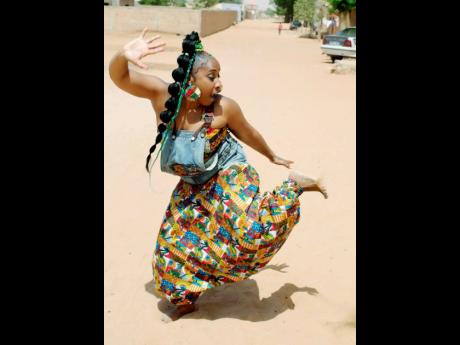 Contributed
Latonya Style is dances with excitement in the streets of Louga, Senegal. 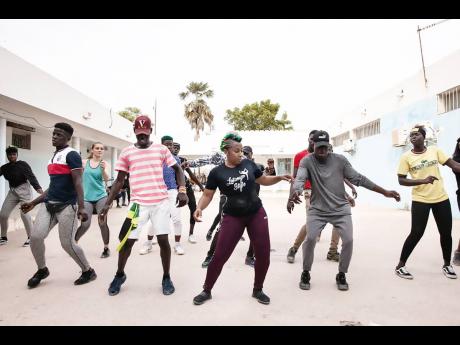 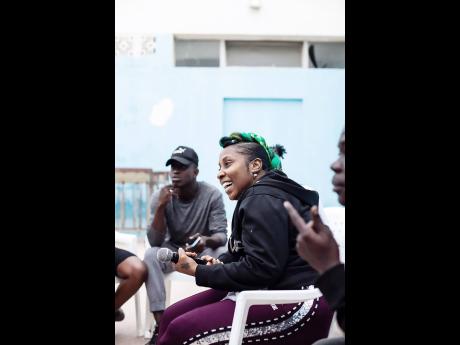 Six years ago in Europe, during a conversation with Luise Fall (a German doctor married to Khalifa Fall, one of Senegal’s top Sabars, (traditional dance of Senegal), Dance Jamaica Academy founder Latonya Style expressed an interest in visiting Senegal.

Last month, she got that opportuity when the dancer and his family opened their home in the north-western town of Louga. What was meant to be a short cultural exchange turned into an eye-opener for her. “It was a big culture shock for me, Style told The Sunday Gleaner.

She added: “The trip felt more like returning to my roots or going to a familiar place with people who share the same body language, attitude, and spirit. Returning to the motherland has always been my biggest dream, and I spoke it into being, so it felt more worthwhile and meaningful.”

The dancer wanted the trip for personal growth, to seek knowledge and inspiration while sharing the Jamaican culture and expanding dancehall’s reach. “Overall, the stay in Senegal was adventurous, educational, and one of the most emotional trips I have ever been on.”

Speaking on dancehall’s reputation in the African country Style noted: “It fits into their culture because of the beats and moves. The similarity is the organic creation of moves that are inherited through our natural ancestral bloodline, coming from our soul and from the experiences lived. It is freedom of expression and a mental escape into a positive, creative, realm of rhythm.”

She said that the traditional dances there, like dancehall, are derived from the music but the difference is that dancehall music is centred on the recorded vocals of an entertainer on a bass-filled ‘riddim’ while Sabar is stimulated by live drumming and other musical instruments as well as the dress code, which, she explained, “is significantly different since Senegalese women are modestly dressed, and traditionally, are not allowed to wear pants, long dresses, or skirts, headwear and extravagant tailor-made tops”. She continued: “The people love to dance and have a great appreciation for music and fashion like Jamaicans. Dance and music celebrations happen every night, with the outdoor vibe sharing similarities with Jamaica like sound systems and speaker boxes stringing up for dances in the streets.”

She explained that other African traditional music is very popular in Senegal, especially urban Afrobeat. The reputation of hip hop and pop music is greater than that of dancehall, but it is gaining followers globally, so Africa is part of the world that’s catching on.

The cultural exchange required the ‘stylish wine’ dance move creator to teach authentic dancehall in a seminar and workshop format at the Centre Culturel Blaise Senghor in Dakar to persons 16 years old and older, and to her amazement, there were more males than females. This was surprising because women are generally the centre of attention for Sabar dance, showcasing skills in a dance that is heavily focused on footwork, elevation, and a hint of sex appeal.

“It was not difficult to get the students to participate. Some have actually been following my educational A-Z Dancehall Steps videos. One dancer in particular, Barry Kush, who practises only dancehall and even teaches it in Senegal, told me that he learned a lot from my 22 Bogle Steps video, and he loves old school dancehall as much as the new school, which seems to be more popular there,” she said. “The feedback was warm and welcoming. they were all eager to learn dancehall provided by a real Jamaican dancer, and the level of gratitude for the lessons was tremendous. They were also familiar with most of the songs I played from the catalogues of entertainers such as Ding Dong, Chi Ching Ching, Mr. Vegas, Elephant Man and Alkaline, and one girl shared her interest in female entertainers Spice, Shenseea and Tall Up.”

Style’s Senegalese instructor, Khalifa, will be visiting the island, where she anticipates hosting workshops at the academy during her stay.

“I think dancers who aspire to teach should respect the global cultures and teach only if they have fully grasped the dance style or are knowledgeable in the areas. Who better to teach than the person of its origin. Also, African dance is very broad and diverse, and one should identify the specific dance style and its origin when referring,” Style concluded.

The dancer’s trips tend to be spontaneous bouts of hunger for knowledge, but she anticipates travelling to Cuba, Dubai, and more African countries in the near future.