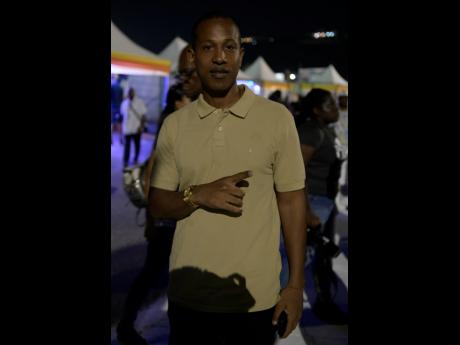 Gladstone Taylor
Shyne spent nine years in a US prison for a shooting at a nightclub in New York.

The first show in Buju Banton’s Long Walk To Freedom tour demonstrates that life after incarceration can be fulfilling. When the recently released artiste stood centre-stage before a packed stadium, picking up right where he left off, there was at least one audience member witnessing Gargamel’s return who has experienced similar circumstances.

Rapper-turned-ambassador Moses Michael Leviy, popularly known as Shyne, told The Gleaner that having been deported to his homeland after serving time in prison, he is now running for the House of Representatives in Belize.

“I am currently the government’s ambassador of music and culture, the government’s entity that deals with sustainable development for musicians and those in the creative industry. Soon, I’ll be in the Cabinet as the minister of culture and the creative industry to deal with sustainable development of said industry,” Leviy explained.

After serving more than nine years in prison in the United States after being implicated in a New York nightclub shooting incident, allegedly involving music and beverage mogul Diddy and international pop star Jennifer Lopez, Leviy was released in 2009.

The Belizean ambassador attended Saturday’s show in support of Buju Banton. “I came to pay tribute to this incredible artiste who has had a tremendous impact on my music career,” he said. He also took the opportunity to captitalise on his connections in the music industry.

“I have a very good relationship with the artistes here – Popcaan, Aidonia – a slew of them, so one of the reasons I’m here is to close a few deals that I have pending for performances by Jamaican artistes in Belize,” he explained.

He added: “I’m also very good friends with Sharon Burke. I’ve known her for 21 years. She’s coming to Belize as well to do my music business conference – to educate the Belizean music industry on how, what, when, where, and why to take it to the next level.”