An emotional connection to our history 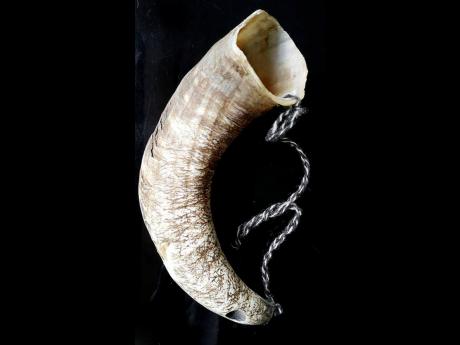 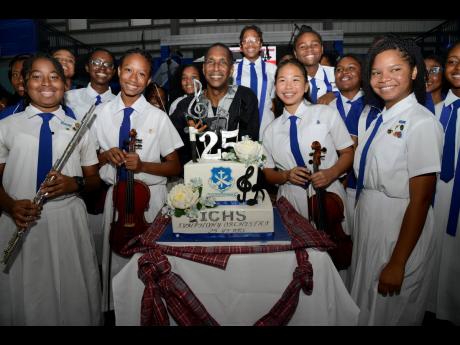 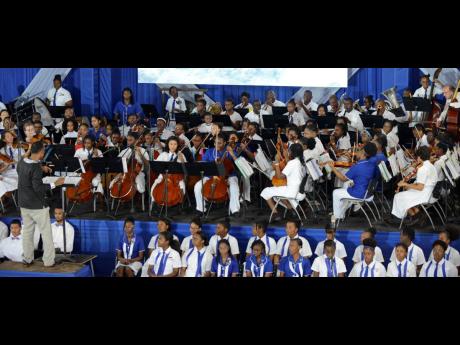 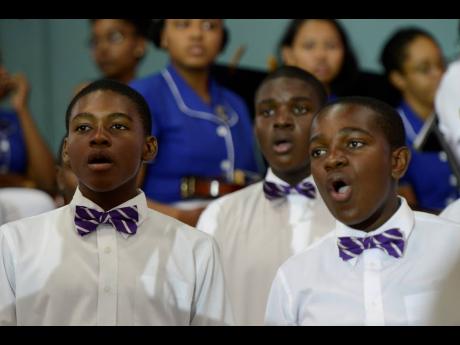 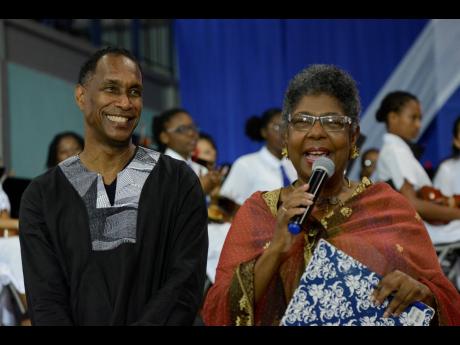 Between 1738 and 1740, the Jamaican Maroons battled the British for their freedom. Centuries later, Dr Andrew Marshall, at the request of Steven Woodham, conductor of the Immaculate Conception High School (ICHS) Symphony Orchestra, composed a symphony of the battle. On Sunday, March 17, at the orchestra’s 25th anniversary celebration, they prepared the composition, titled the Kongkongkraba (Abeng) Symphony.

It was a historically proud moment for the participants, as Woodham explained that the abeng is a very interesting instrument, one that you will find in every culture. “It goes back thousands of years, and it also unites us as a people to the rest of the world,” he told The Gleaner.

He sees the Kongkongkraba (Abeng) Symphony as “an artistic endeavour that expresses the layered culture that we have, and the history that a lot of us have read about, but emotionally have not yet connected with”. He believes it narrates “a very significant moment in our history, which needs to be understood and also remembered”.

The musical composition was brought to life with an eclectic mix of musical instruments, such as ethnic drums, violins, voice and horns. Among the horns were two abengs. They were brought to Jamaica from “Cuba via Chile”. Natanya Higgins, who plays the baritone horn in the orchestra, was entrusted with playing one of the abengs. The other was played by Omar Taylor of the Jamaica Military Band. “I feel honoured to play the abeng,” Higgins told The Gleaner. “I never expected to see an instrument like this. The difference between the baritone horn and the abeng is that it [the abeng] doesn’t have a mouthpiece, so it is harder to make the sound. You have to vibrate your lips to make the sound, and you have to hold it in a particular way.”

It took her about two weeks to learn how to play the instrument. “I remember when I first started to play it, everyone laughed. I said okay, I’ll get it one day; and now I have,” she said proudly.

The orchestra was joined by ICHS Glee Club, Kingston College Chapel Choir, Charles Town Maroon Drummers and the Jamaica Defence Force Military Band. Together they delivered a programme fit for a silver jubilee.

Woodham, and the Symphony Orchestra, started the celebration with Serengeti Dreams, composed by Robert W. Smith. This was followed by a slower but impactful Douglas Wagner’s But the Greatest. They then returned to deliver a dramatic and spectacular improvisation called Soundscape and Robert W. Smith‘s In a Gentle Rain.

The Glee Club fell into step with Bernstein and Sondheim’s I Feel Pretty, ending the set with the humorous George and Ira Gershwin’s Fascinating Rhythms. The ICHS Chamber Ensemble delivered a purposeful Finale ( Dargason) from the St Paul by Gustav Hoist, and Audley Davidson guided his North Street charges through What a Wonderful World and River in Judea.

The first segment ended with a riveting performance of the Stephen Bulla, arranged O Fortuna, from Carmina Burana, by the four groups along with members of the military band.

KongKongKraba (Abeng) Symphony is divided into four movements – Abeng, Backra Waltz, Whai, Whai (Warrior’s Lament) and Onslaught. As a whole, the piece captures a slice of Jamaica’s history. The Charles Town Drummers, with a backdrop boasting compelling digital images, added drama and intrigue, from the first note to the last, and at the conclusion of the symphony, the audience rose to their feet.

Woodham is proud of his brainchild, and he “would like to continue to expose the Jamaican audience to this particular work. I think it is a quite a significant work. It is something that I would like to take international – it is of that calibre and quality. This is our music, and we need to take this everywhere and show the quality of the talent we have in Jamaica, in the creation of the work, and also in the rendition and the interpretation.”