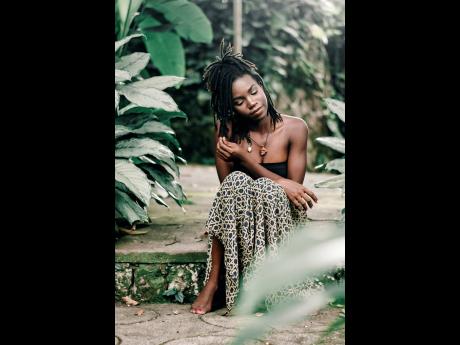 Singer-songwriter Yanah has been honing her craft since the release of her debut single So Shy in 2017.

Born Hanay Lawrence, she is currently busy writing, recording and performing in and around numerous local entertainment spaces to get the word out that a new sound has entered Jamaica’s musical landscape.

Her music, which is heavily inspired by neo-soul and its parent genres – jazz, soul, and rhythm and blues – has the power to transcend musical barriers and fuse cultures. In her singles Doe Try Me and The Root, the singer uses Patois to create a connection between the tracks, saying “they also demonstrates a different side of me and the versatility I bring to the rhythms.” She describes herself as a ‘the tiny powerhouse’.

Today in 5 Questions With, we learn more about the woman behind the name.

Did you always know you wanted to do music?

It’s funny that you ask that question because I actually wanted to be a model or an actress. But being five feet, one-and-a-half-inches tall, I didn’t meet the physical requirements for that profession (modelling). However, I had quite the creative mind that was used to write stories and poetry, which were eventually translated into the lyrics of songs. My earliest memory is of me performing a jazz song in grade six.

What is on your playlist that instantly puts you into a good mood?

My playlist comprises of a lot of oldies, neo-soul and jazz music. These are the genres that usually help to keep my energy positive. I actually listen to Willow Smith, who has evolved from the Whip My Hair pre-teen recording artiste, to a soul singer with tracks like Female Energy, Everything Stays and 9 , featuring SZA. Even though she is younger than I am, she is an inspiration. Then the veterans like Lauryn Hill, The Manhattans and Chi-Lites, which not only inspire me, but serve to demonstrate my broad taste.

Do you believe that as an up-and-coming artiste, you will be able to use a new sound and style to articulate social issues while expressing your true self?

Dancehall and reggae may be more relatable to our culture, and is more popular in addressing social issues, but at the end of the day, it is music. And though the style may be ‘new’ to the local market, it has always existed, and I wish to be the face of that emerging culture or generation of music enthusiasts. There are many artistes who start out expressing themselves but when it does not work, they eventually transition to a genre that gets more attention, but I do not intend to do that. However, the popular local genres are part of my heritage, so it will be a fusion of all that influences me.

The music video was done in the form of an animation. Why did you decide to take that creative direction instead of using the actual story to make a video?

I was thinking to do an actual screenplay for the track, but the idea of doing an animation stood out more to me. It turns out it worked well, because it allows for the message behind the lyrics to really sink in, which enhances the relevance of it rather than have actors play a role. It is also fun, and the artist did a great job in making the animation come to life.

How do you think your new single, ‘The Root’, prepares listeners for more music from you?

It is definitely a different side of me, but very relatable based on the lyrics, which focus on the topic of having pride in one’s skin colour and race. It came out of a conversation I had with another recording artiste, who told me that if he did not bleach, it would have hurt his music career – that really pinched a nerve. He did not even know why he continued to do it. So the song is about the beauty of our melanin and preserving it, knowing its worth. However, the rhythm and the sound is not familiar, so it may not really prepare persons for what is to come. There are songs already in the pipeline that I don’t think persons can truly be ready for until they hear it.