IRAWMA returns to Jamaica for Reggae 50 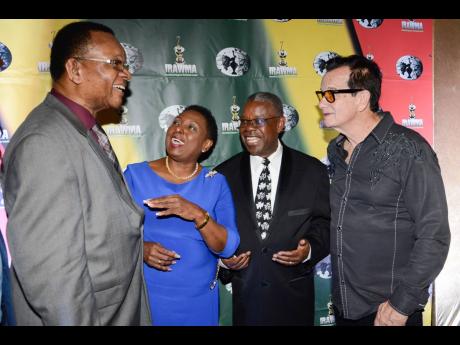 For its 37th anniversary, the International Reggae and World Music Awards (IRAWMA) returns to Jamaica for the fourth time. Heralded as a global event with a pan-African fanbase, it has been held in New York, Chicago, and Trinidad and Tobago.

The awards’ conceptualiser, Ephraim Martin, said the location is fitting as it is the birthplace of the pervasive music genre and is in the midst of celebrating of reggae music’s 50th anniversary. The May 11 date is significant as not only is it Mother’s Day, it is also the anniversary of the death of reggae music’s first global ambassador, Bob Marley.

“As we are celebrating 50 years of reggae, we said it is time to be home in Jamaica. People from all across the world were asking us to make Jamaica the home for IRAWMA. If they want to see it, they must come – make it the reason to escape to Jamaica,” Martin said during the media launch on Tuesday.

Certainly, the IRAWMA team means to engage the tourism sector and simultaneously attract international fans with their live-stream offering on Irie FM. Martin reports that there is a strong pan-African fan base that measures in the tens of thousands. That number is reflected in the awards’ online voting platform, with high traffic far on the west coast of the continent.

Minister of Culture, Gender, Entertainment and Sport Olivia ‘Babsy’ Grange, who fully endorsed the event, noted, “It’s sheer determination and a passion and a love that have made this show survive for 37 years. I’m on board for the staging of IRAWMA in Jamaica. I will see how much sponsorship we can provide, how much support we can give – because we must celebrate our own people. We must give support to whatever efforts people in the industry do in order to honour each other.”

Grange said that she was happy that Kingston had been chosen to host the ceremony and that the relocation is happening at a good time. “I think the timing is great because [it has] come at a time when a lot of things are happening. It comes as we continue to celebrate UNESCO’s inscription of reggae music on the Representative List of Intangible Cultural Heritage Humanity,” she said.

During the launch, the nominees for the 32 categories (which include Most Promising Entertainer, Best Teen Entertainer, and Most Consistent Entertainer) were announced. This year’s list of special awardees includes Minister Grange as the recipient of the Martin’s International IRAWMA Person of the Year Award and the late Bob Marley, who will posthumously be awarded the newly minted Special Emperor of Reggae and World Music awards.