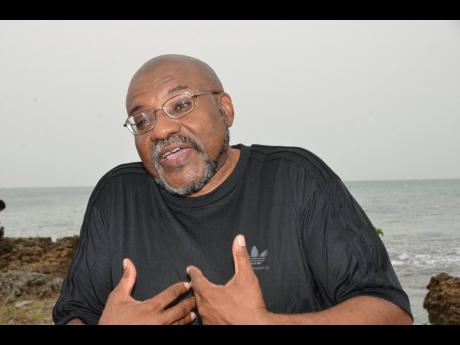 File
Dawes is the co-founder of the Biennial Calabash Literary Festival.

Professor Kwame Dawes is one of two Jamaicans among the eight recipients of this year’s prestigious Windham-Campbell Prizes. The literary award recognises writers from across the globe for their outstanding work in fiction, non-fiction, drama and poetry. It was a clean sweep in the poetry category as Dawes and his fellow countryman, Ishion Hutchinson, won both prizes.

Only writers working in the English language are eligible for the prize, and, according to lithub.com, writers are “nominated confidentially and judged anonymously”. The call they receive to inform them of their win is the first time the awardees are made aware that they were even being considered for the prize. Therefore, it came as no surprise that Professor Dawes was shocked when he found out that he was one of this year’s recipients.

Although he is no stranger to receiving awards, Dawes told The Gleaner, “I write. It’s what I do, and it’s what I love. I don’t do it with awards in mind, so this was a bit of a surprise for me, but I am very grateful.” He said that awards are a bonus as his real reward comes from people’s reactions to his work. “My validation comes from how people respond to my work. When I write and it reaches people in such a way that they reach out to me, that’s my validation, but awards like this prove that people recognise and appreciate hard work. I am honoured to be among the eight,” he said.

Dawes and the other recipients will each receive US $165,000 in prize money. The Windham-Campbell Prizes recognise writers for their literary achievements as a way to support their writing. Speaking of support, Dawes said that though that has improved in Jamaica in recent times, it is still lacking as far as the literary arts are concerned. The co-founder of the Calabash International Literary Festival (a biennial event held at Jakes Treasure Beach) said that the support the literary arts receive is not enough. “We’re looking at the Calabash festival for next year, and we’re wondering where we’re going to get the funding, and we see other things get the support easy, easy,” he said. “It’s a struggle, and I guess it’s a reality that we have to contend with. There is more that can be done, and we won’t give up. Hopefully, things will change.”

In the meantime, Dawes says he will continue to do what he can to foster development of the arts as he is particularly keen on helping young people with a vested interest in writing. He said that there is a growing interest among young people who want to pursue writing as a profession and that at every staging of the Calabash festival, he is overwhelmed at its growth and believes the future is in great hands.

Born in Ghana, Dawes was raised in Jamaica. He is the author of 20 books of poetry and numerous other works of fiction and non-fiction. Among his many awards and honours are the Poets & Writers’ Barnes & Noble Writers for Writers Award (2011) the Forward Prize for Poetry (1994), the Pushcart Prize (2001), the Musgrave Medal (2004), and a Guggenheim Fellowship (2012).

A founder of the African Poetry Book Fund and a former chancellor of the American Academy of Poets, Dawes is currently the Glenna Luschei editor-in-chief of Prairie Schooner and a chancellor professor of English at the University of Nebraska-Lincoln.