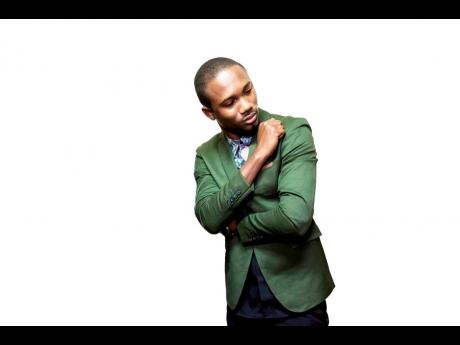 A few months after last year’s inaugural staging of Professionals in Concert, Rite Moves Entertainment embarked on yet another creative venture to prepare sponsors, students and staff of the Young Women’s Christian Association (YWCA) for the next chapter of its charity show.

That chapter opens this evening at 5 p.m. at the Thelma Rose Auditorium at the institution’s home on Arnold Road.

Artistic director, dancer and founder of Rite Moves Entertainment, Karen Wright, told The Gleaner, “Being that 2018 was the first time for the performers, they were new to the practice without much experience. But their technique and understanding of what it means to perform on a big stage with all the teaching and learning from then until now is better.”

She explained that the institution, which caters predominantly to girls from children’s homes and underage mothers who are not in mainstream schools, has experienced a change since the implementation of the performing-arts programme. “For me, dancing is not just about going on the stage and putting on a show; it works in connection with discipline and order. The students know that to be a part of the group, they have to be disciplined. If this is what they want, then automatically, they will know what comes with it,” Wright explained.

She added, “When it comes on to the discipline learnt, it is working for the students in other aspects of their education, so much so that when it comes on to something as simple as attendance, that has improved. There also exists slow learners, and all of them have talent that speaks far beyond their personal disabilities.”

Under the theme ‘Exposure of the Arts’, Wright, who is known for her work with Baby Cham, among other established acts, has plans to expose the young women to the performing arts industry and, in turn, introduce others to their talent.

She has already exposed the emerging dancers to the JCDC Festival of the Performing Arts competition in the contemporary dance category, along with a dance skit, for which they earned two bronze medals and two merit awards. She also credits teachers Walida Hayes and Carol Blake, as well as the principal, Denise Jeffries, for their contribution to the programme.

“The students can now feel that they are part of a good initiative and that they are achieving something great, and this is visible in their overall attitude; those that were shy or withdrawn before are more outspoken,” she said. “Also, most of them are used to dancehall from their communities, so the programme forces them out of their comfort zone into more contemporary dance forms, such as praise dance and ballet – everything that they are not used to.”

The aim is to establish a formal space for the performing arts department at the institution with proceeds from the concert (especially the auditorium, which is in need of repairs). The concert will also features popular acts Mr Lexx and Lia Caribe.