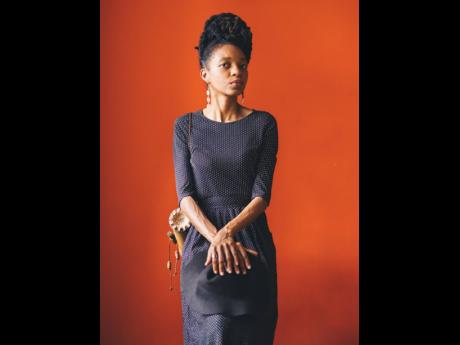 Iset Sankofa has introduced a new Kingston subculture, and in just a few years, has established herself as a beacon to those seeking a music space steeped in rhythm, dance, and an afro-centric ambiance. Now, she’s planning to broadcast her eclectic musical tastes and mixes to the world with the support of major online radio platform NTS.

Sankofa Sessions has become the go-to event to hear afrobeat, afropop, and reggae on dub. It began in late 2014 when Iset introduced the sessions as a limited series. “We had the idea first in 2013, when we did a summer residence at Redbones. They were the first ones to say that they liked what we’re doing,” she told The Gleaner.

Though the residency seemed to fill a gap for some attendees, Iset had no experience with hosting events on a regular basis. So she put it on hold until she could figure it out. The next year, she found Nanook – a creative culture hub in the heart of Half-Way Tree (Burlington Avenue), where fine artist Matthew McCarthy added his expertise to the experience. “He brought the live art component,” she explained.

As she provided the afro soundtrack to the session, McCarthy invited other interested artistes to contribute their skill to murals which remain on the walls today. “When I walked in and saw the murals, it still send butterflies through me – because I know the love it took to pull it off week after week,” Iset said.

But it wasn’t just the painting that drew a regular crowd, it was also the music. “There is something in the music that speaks to us, regardless of where we are aesthetically. There are remnants, fragments of us ... so it strikes a chord, or triggers a memory. And it’s so danceable! You can’t escape it,” she said.

The most recent accomplishment for the event was its broadcast on NTS Radio last month. “For people like me that listen to radio online, NTS is the biggest radio platform right now. It’s steadily racking up numbers because they do what they say. So you can hear Chinese garage bands to Gregory Isaacs to K-Pop, or to me playing Fela Kuti or Wiz Kid,” Iset said.

NTS, in partnership with Island Records UK, visited the island, heard about Sankofa Sessions and invited her to their broadcast session at Rockers International on Beat Street. “It was a big moment for me – it felt like I found my tribe,” she recalls.

The station spent about a week on the island – starting at Sankofa Sessions, then they went live with disc jockey outfits like the dancehall-savvy Chromatic and the experimental electronica crew Equiknoxx. Also part of the broadast party were vocalists Runkus, Kabaka Pyramid, Zia Benjamin, Naomi Cowan among others.

Iset plans to release some original work before summer, telling The Sunday Gleaner, “Collaborations are happening slowly. People have sent their stuff for remixing.” Now she awaits details on a standing offer – a regular monthly radio show on NTS.