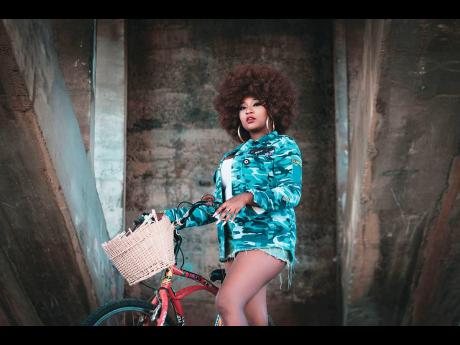 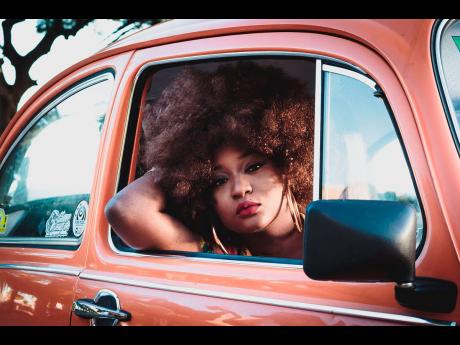 Music, for singer-songwriter Tressan Michelle Barnett, stands out like a heatwave in the hottest season of the year. It’s no wonder the Jamaica-born singer uses the sobriquet ‘SumeRR’, with an emphasis on the letter ‘r’, which rolls off the tongue as easy as her music.

SumeRR’s professional music career started at the age of 13, performing with her high-school choir in national Jamaica Cultural Development Commission competitions. She later entered ‘Digicel Rising Stars’ in 2011 but placed 12th when she did not get the votes to make it to the finals.

SumeRR told The Sunday Gleaner that the competition “introduced her to the harsh reality of the music industry and also uncovered the level of criticism that comes with it”.

Her intention was that the competition would aid in her transitioning into a serious recording career. “It was clear that I was underrated in the music industry. As a vocalist, I wasn’t able to express myself the way I wanted to. Instead, the focus of producers was always to create a sexualised image of me.”

The emerging songstress had several tracks on the airwaves – Jessie James, Young Gal, SumeRR Time and a collaboration with Warrior King, Do Not Need Another – before actually getting the attention of the local market with a raunchy single called Johnny. The song and video were eventually removed from YouTube and other digital platforms after she became embarrassed by the content.

“Even though the single garnered a lot of views and helped introduce me to a few industry players, the conversation would always lead to ‘sex’, which does not make it easier for women. While being sexy is part of Jamaica’s music culture, it is not who I am. I radiate that in a more reserved way,” she explained. “I was sad, especially drawing close to graduation from college (where I studied journalism), when I lost focus and was tired of being pushed into a direction that I did not see myself going.”

Fast-forward to today, and SumeRR has found a new home in Spain after finding another love besides music.

In the midst of giving up her studies, she met Carlos Catalina, a hospitality industry executive who quickly became spellbound by her passion, and they got married. She packed her bags and moved to her beau’s native soil in Tenerife, one of the largest and most populated islands of the seven Canary Islands.

“Before, I had to dedicate myself to giving out CDs in the streets to gain the respect of Jamaican music lovers, but it never worked. Being in tune to reggae, the move to a European country could only bear fruit with the region’s receptiveness to Caribbean culture.”

At first, she quivered at the thought of relocating, but she said, “As I got here (Spain) I told myself I wasn’t going to get distracted, but to immediately get a grasp on my career. It was about proving everybody wrong and proving to me and my family that I can make it.”

Determined to break into Europe’s music scene, she touched based with producer and founder of the legendary Spanish reggae band Cañaman, Ras Kuko. He is at the helm of the musical production of her latest single, Old School.

The track is a journey, of sorts, through the singer’s origins and claims multiple registers and styles along the way, from roots-rock reggae and dancehall to soul and rap on a one-drop rhythm. She anticipates that it will make people fall in love with her, almost like she fell in love – immediate and unguarded.

“Back in the day, I’d write with the pretense that, ‘ mi feel dah song yah a guh buss’, which is never a good mentality to have. Now, I write from my heart while still staying true to my culture. When it comes to my growth, Ras Kuko has helped me to find where I am coming from, where I am today, and where I want to be,” she said.

She has already had opportunities to perform at major festivals across Europe, including Rototom Sunsplash 2018, the feeling Reggae Festival, and Sunblast. She was also featured on the Open Arms charity album project titled Reggae Can Help.