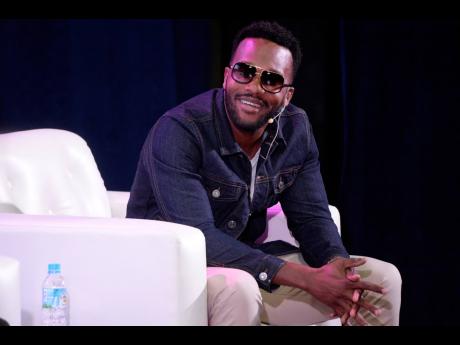 At the second instalment of the INDIGGO Conference, held on Saturday at the Courtleigh Auditorium, there was an ­influx of tertiary-level students at varying stages of study, as well as corporate professionals, all eager to get insight on ­turning their creativity into a career.

“It’s just a lot of people who are interested in doing something ­creative and aren’t drawn so much to the ‘corporate stuff’ – the filing papers. It seems that the next generation is not really drawing to that kind of work. They want to do things that allow them to work out of the box and those things that end up being more ­gratifying. That’s what I see across the board in the crowd. People just trying to leave a mark,” ­panellist Yannick Reid told The Gleaner.

Reid is a ­photographer, videographer and ­creative director who had his start in graphic design. He, along with disc jockey and social-­media ­influencer ZJ Sparks, celebrity stylist Neko Kelly, and dancehall star Agent Sasco, led the event’s main discussion – #TheExposureCall.

Photographer Christian ‘Morphromus’ Harrison, who also attended last year’s conference, told The Gleaner, “I feel more comfortable at this staging because – believe it or not – at the last one, I wasn’t a ­photographer.” He said that he attended last year’s ­conference with the idea that he liked ­photography. He recalled reggae artiste Protoje being on the panel. “He said, ‘Drive nuh deh deh, back up di truck!’ – very ­jokingly! But it stuck with me. Hearing the inputs last year gave me the confidence to do the final push. So that was my exposure call, and now I’m a photographer. I used to say I was an aspiring photographer. Two months later, I was an amateur. I’m a photographer now, so much so that people come up to me and call me by name,” he said.

During the main panel ­discussion, Harrison was one of two photographers facing off in a ­bidding war started by Agent Sasco – who ­challenged them to lay out their prices and parameters for a ­hypothetical opportunity to get hired by the entertainer.

At the end of the bidding, he requested their information, along with that of another young ­photographer who admitted that she had yet to muster the courage to charge for her services.

Reggae singer Indie Allen, who was in the audience, believes that the conference is a ­welcome addition to the ­‘creatives’ ­calendar. “Some people may not have access to proper ­networking. This is a hub for fostering networking and ­creativity.” A past student of the of the Edna Manley College of the Visual and Performing Arts, he added, “It’s almost like Edna has been a hub of culture in Jamaica. The INDIGGO ­initiative is moving that vibe into a broader scope. I really appreciate what INDIGGO ­represents. It’s a good move.”

And the hub is providing opportunities for its participants. Conference organiser Jamila Pinto, who reported an increase in attendance this year, told The Gleaner, “A lot of our sponsors are interested in getting interns from the conference.”