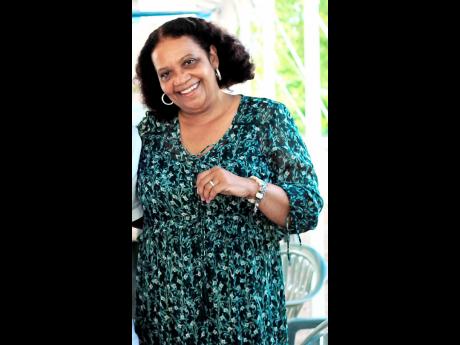 In the feature, George the Poet, whose real name is George Mpanga, said, “My career was propelled by putting my work on YouTube, and millions more can make use of the same opportunity.”

Jamaica’s Poet Laureate, Lorna Goodison, said that she agrees with the British-based poet, but she pointed out that “it is a bit of a ‘Wild Wild West’ situation on social media, because of the number of persons trying to get their voices heard and their work seen on the platform.

“It takes a patient and discerning reader of poetry to really go through all that’s presented there to find and identify the poetry that is suited to their presence,” she added.

Goodison urged young poets to try their luck at social media, as not many are fortunate to have their work published and that is a space to gain exposure not only locally, but internationally.

Jamaican actress and television personality, Dahlia Harris, who was the MC for the National Library of Jamaica’s World Poetry Day celebration and awards ceremony, told The Gleaner, “I always tell every young person that wants to enter into any aspect of the creative arts that social media gives those opportunities that my generation would not have had.”

Harris said that social media are a broad platform that opens the artists to criticisms that may not be fair, but that it would be the same to go through a publisher who might be challenged with going through a million manuscripts at a time.

“I understand there is always a fear of criticism, but it is the same right across the board and it provides the opportunity to get feedback from a wider audience that can say what is liked or disliked so that the writer can improve his or her craft,” she said.

Meanwhile, Khadijah Chin, the awardee of the Helen Zell: Young Writer’s Prize for Poetry, believes that while social media have demystified poetry, it is not necessarily a fair platform.

“In a lot of ways, it makes young people who may not be academics or subscribe to a certain style of poetry, open to a world of words. But remember, it is still a dog-eat-dog world, so in terms of a fair shot, I don’t believe anything is fair. It all depends on how best the writer, spoken-word artist or poet uses it to the best of their ability,” the Campion College teacher said.