Editors' Forum | What does the local animation industry look like? 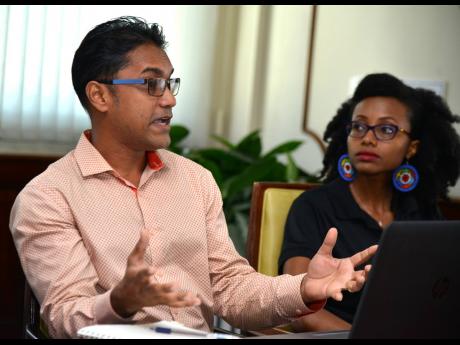 Kenyon Hemans
Robert Reid, animation specialist in the Office of the Prime Minister, speaking at a recent Gleaner Editors’ Forum. Looking on is Kenia Mattis. 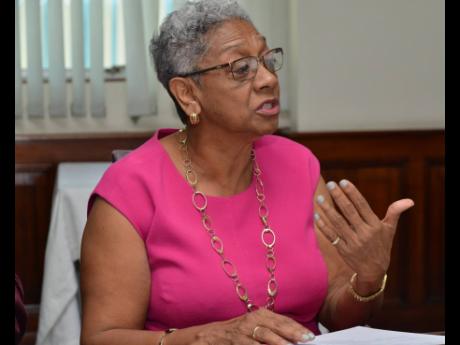 Among the three active animation studios, small operators, and freelancers, there are an estimated 30 to 50 animators in Jamaica. During a recent Gleaner Editors’ Forum, animation specialist and KingstOOn Animation Festival conceptualiser, Robert Reid, acknowledged that the local industry is in its infancy. The festival is expected to support practising and aspiring animators in learning about, earning in, and displaying their illustrations and sketches.

“There’s a lot of focus on training and building the capacity and skills. Based on the (small) economy, a lot of our animators are generalists here, and a lot of the training programmes are focused on wide-based training because we’re not at the stage yet – to specialise,” Reid disclosed. He noted that training institutions reported enrolment numbers of over 400 animation students in 2018 in various programmes at the tertiary, vocational and secondary levels.

Margery Newland, project manager of the Youth Employment in the Digital and Animation Industries (YEDAI) Project, conceptualised in 2012-13 by the Government of Jamaica in collaboration with the World Bank and housed in the Office of the Prime Minister, said that prior to the project, there was no animation curriculum at the secondary level.

“We started with HEART Trust training, three levels of animation programmes, and then we had about five tertiary institutions offering a mix of associate degrees and Bachelor of Fine Arts programmes with animation emphasis,” she continued. In 2016, the Caribbean Examinations Council launched a new curriculum at the Caribbean Advanced Proficiency Examination level called Animation and Game Design, which was launched during KingstOOn 2016.

Newland and Reid also shared that there are three tertiary programmes that are quite young. “As a matter of fact, this year will see the graduation of the first set of students of the three-year bachelor’s animation programmes (across the island), ” Newland added.

But even in regions that have a thriving animation ecosystem, producing world-class products will require a robust workforce. “One episode of Dora the Explorer takes about 150 animators in South Korea one and half years. It’s very labour-intensive. If you look in the credits of Frozen, you’ll see 3,000 people. Toy Story took about 3,000 people five years to create. It would take one person 500 years to create Toy Story,” Reid revealed.

The KingstOOn Animation Festival will take place at the University of Technology, Jamaica. The festival is free and open to the public. Workshop spaces are limited, so organisers are imploring interested persons to register online at kingstoonfest.com.