Excellent acting in ‘To Kill a Mockingbird’ 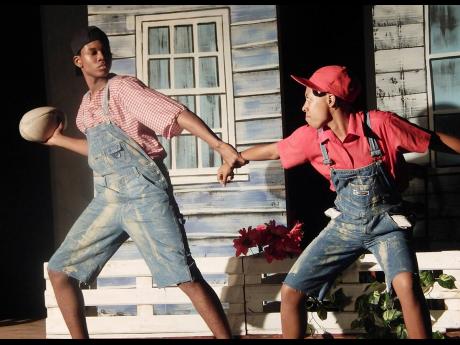 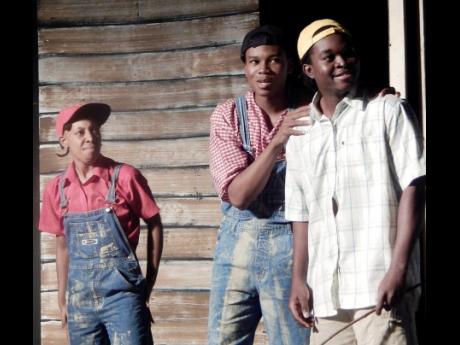 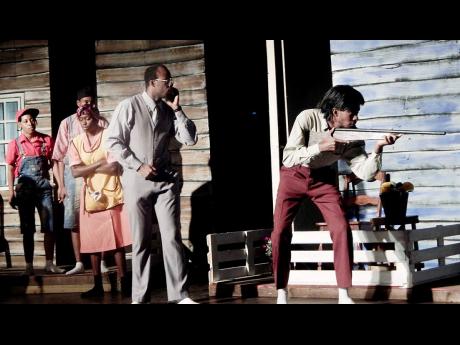 Michael Reckord
The Sheriff (Cyprian Javelle) takes aim at a mad dog staggering towards them. Atticus (Mikhail Johns) and family looks on.
1
2
3

The very fine play scripted by Christopher Sergel from Harper Lee’s phenomenally successful novel, To Kill a Mockingbird, is now on at Phoenix Theatre, Haining Road. Primarily for students sitting CSEC exams, it is presented in the mornings by recently formed theatre production company, Artribute, in association with the Department of Literatures in English at The University of the West Indies, Mona.

The teenagers, who saw the play with me last week, cheered and applauded frequently, indicating empathy with the characters and the story unfolding on stage. Their enthusiasm was not surprising.

For one thing, the story is about young people and racism, two topics that naturally resonate with the youth of this primarily black nation – though the play is actually set in the Alabama of 1935. Second, the acting is excellent. Example: there is a moment in the play when, almost simultaneously, two of the actors summon tears, and allow them to silently roll down their cheeks.

The poignant scene comes when Tom Robinson (Desmond Dennis), a young, black man who is accused of assaulting a 19-year-old white woman, is testifying during his trial. His accuser, Mayella Ewell (Shak-quera South), watches in distress – shaking her head at times in a silent plea for him not to reveal her secret. Living in a house with an abusive father and several uncaring younger siblings and friendless, she is love-starved and planned for a whole year to get Tom alone in her room so that she could hug him.

It is a pity, as Artribute’s founder Evoné Walters told me, that, because there are no evening shows for general audiences, the production is not eligible for Actor Boy awards. Dennis and South would probably have earned nominations, perhaps even awards. But the front runner for an award would’ve been Yenique Hinds, who plays the main character – a young Scout. As a small-framed woman, she naturally has the right look for the part of a pre-teen girl, but her energy, voice and absolute concentration on her role from start to finish made her performance rivetingly believable.

To say that she was superb is, in no way, to diminish the excellent job done by every member of the cast, some of whom had to play more than one character. The director must be complimented on coaching her cast so well that she fully overcame what she called her “major challenge,” – having a cast of nine black people, plus a stage manager, play 18-plus white and only three black characters. Hinds and Mikhail Johns, who has a pivotal role as defence lawyer Atticus Finch, are the only actors who are not double or triple cast.

One aspect of Allen’s challenge was how to handle the speech of the characters, specifically their Southern drawl. The more realistic the drawl, the more difficult it is for unaccustomed ears to understand (Jamaican theatre groups on overseas tours face the same problem with our Patois). As it turned out, there were complaints about the speech of some of the characters not being intelligible.

Visually, the production gets high marks for the authenticity of the costumes – the hats, overalls and suits fitted those who wore them. Amusingly and amazingly, though, everybody wore socks, no shoes. On the other hand, the production loses marks for the unimaginative set – mainly painted flats, with entrances, stretching across up-stage.

Undoubtedly, the hundreds of students who have seen the production since it started playing in February have been helped in their understanding of the text, despite the fact that, as the producers caution, the play “rearranges and contracts” the events in the novel.

Produced by special arrangement with The Dramatic Publishing Company of Woodstock, Illinois, it may be seen at Phoenix Theatre and at St Andrew High School on March 28 at 8 a.m.