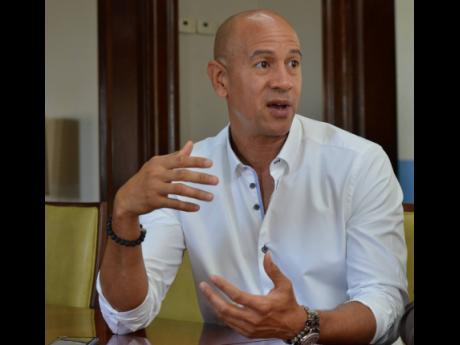 There is a white paper, designed to dismantle some of the obstacles obstructing the potential growth of the film industry, on the desk of the prime minister. Submitted by JAMPRO’s Film Commission, it is a proposal for the development of a national film fund.

This white paper addresses the concern that there are no formal incentives in place for the film industry, or the creative industries as a whole. Following a recent Gleaner Editors’ Forum, JAMPRO board member Zachary Harding revealed that plans to facilitate this fund, in place of an incentive structure discontinued because of the International Monetary Fund (IMF) agreement, are well advanced.

“All the other countries do it. Puerto Rico, the Dominican Republic, Trinidad and Tobago – all of them have cash-back rebate incentives. How that works – you come to the country and say – I’m shooting a project, it’s gonna cost two million dollars. What can you do for me? The Government says, ‘We’ll give you back 20 per cent of whatever you spend in the country. So you shoot, submit your invoices, and they give you a cheque for $400,000. That doesn’t exist here, and can’t exist here,” Harding explained.

Government incentives have been rendered impossible under the IMF agreement. “One of the things the IMF came in with was an omnibus sweep, where they got rid of most of the incentives across the board, because it was chaotic,” Harding explained. Though there exist some benefits like film professionals applications for duty waivers, there exists no cash-back incentive.

After consulting tax experts, it was determined that the best alternate to introducing a similar incentive was to establish a film fund.

The concept of the fund was developed considering the global film market. For location shooting, where a production is shot against a real-life setting rather than a studio, producers choose where their film will be shot based on the location’s cost structure – derived based on the incentives that are offered.

Harding used the example of Storm Saulter’s latest theatrical achievement, Sprinter. “If you calculate and work it out, it would be half a billion dollars worth of investment in one project that employed over 100 people for a couple months,” he told The Gleaner. Also, considering the presence of productions like Idris Elba’s directorial début Yardie, or Netflix’s recently cancelled Luke Cage, Harding believes that within the film industry lies the possibility to get more bang for your buck.

The plan is, “Money will be paid into a fund, and when people come into the country to say we want to film here, they can be directed to apply for the film fund (perhaps managed by the Development Bank of Jamaica), and that application reviewed by a panel of experts put together to assess the project. We’d have representation from various stakeholders and the Film Commission,” Harding said.

He continued, “That panel will assess the viability of the production – the business plan, distribution model and marketing plan, and then determine whether or not the film fund will invest the hypothetical $400,000. It works out to be the same thing, but we get there via a different route. (The proposal) is in the prime minister’s office as far as we know, for him to consider and the Cabinet to deliberate on.”