U-Roy – The Dread In A Babylon still waking the town 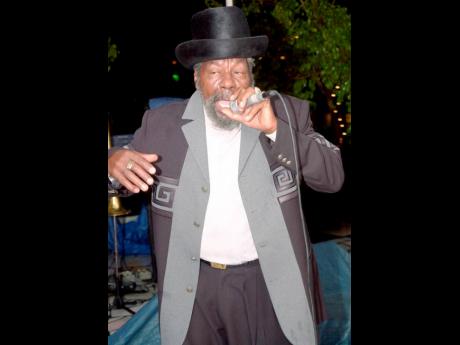 File
Daddy U Roy in performance 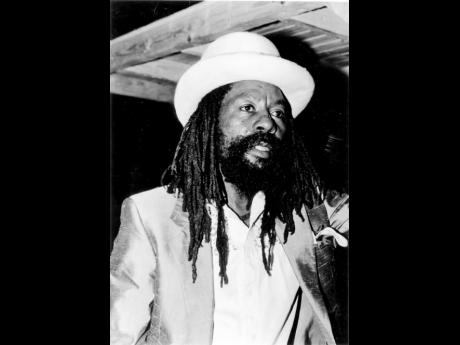 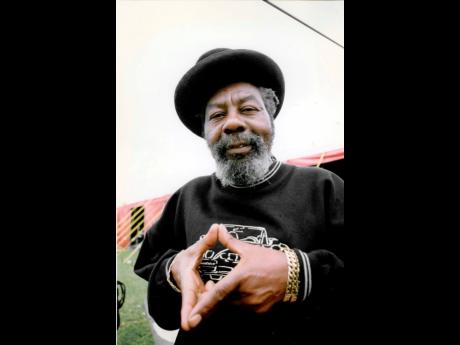 After a career spanning some 50 glorious years, legendary toaster Daddy U-Roy is still a bit bemused by the longevity and undiluted success of his chosen journey. He is the first to admit that he never imagined that he would have been called upon to play the role of a musical ambassador, inspiring so many persons and winning a truckload of accolades along the way.

His latest award, the second for 2019, the International Reggae And World Music Awards (IRAWMA), has filled him with humility and gratitude.

“When I started out this thing, awards was never even a possibility,” he told The Gleaner. “Awards? For what? Fi say ‘whoiee’ and dem things yah? I give thanks for the blessings and for every year of this journey. It has been a gift from the Most High,” Ewart ‘U-Roy’ Beckford said

A professional who has dedicated himself to his craft, U-Roy has done a lot and has seen a whole heap more. His travels have taken him halfway across the globe and back and, as expected, he has many cherished memories. For him, there is an early one that stands out, from his second visit to Paris in 1981.

“I was performing on stage when a man took his handkerchief out of his pocket and wiped my shoes with it. I wasn’t expecting that. I felt embarrassed. I touched him and told him gently to stop,” he recalled.

In that moment, U-Roy really began to appreciate the impact of fame. The man, an African, was paying him homage, in the same way that the youth on Galloway Road in Kingston used to form a barrier when he was passing so that he would be compelled to stop and hail them.

The toaster who has distinguished himself with his signature chants, “Wake the town and tell the people” and “This station rules the nation”, from two of his chart-topping hits, can recall a time when he was almost dismissive of his early success. According to him, when those songs reached the top of the charts and stayed there for the first two weeks, he shrugged it off and told himself that they would soon be replaced with bigger, better, tunes. Especially because it was the era in which singers ruled and he was only a deejay. But when the singles continued to gain traction, and Wear You To The Ball joined them on the chart, he started to pay keen attention. The songs, which dominated at one, two and three for a history-making six weeks, established U-Roy as dancehall royalty and helped create the authentic deejay sound.

Deejay Dennis Alcapone, said of one of the songs, “When U-Roy come with Wake the Town , it’s like a new Jamaica was born,” and U-Roy wholeheartedly agrees. “Is like I wake up one morning and it come in like the whole Jamaica a sing the song,” he said.

Having woken the town and ruled the nation, U-Roy had many balls to attend. He had become one of Jamaica’s biggest stars, who was also shining brightly in the UK, and with the release of the album Dread In A Babylon, his place was cemented. The idea for the now iconic cover for this album, which sees U-Roy engulfed in a thick cloud of pure ganja smoke, originated with the producer Tony ‘Prince Tony’ Robinson.

“You see all that smoke, I had to lick the chalice about 10 -12 times to finally get that look,” he recalled.

Dread In A Babylon was more than just another album; it was a statement, not-so-subtly infused with politics and protest. It is not surprising, therefore, that Chalice in the Palace, one of the songs, faced being banned in England, because it was said to be disrespectful to Queen Elizabeth.

“But I wasn’t disrespecting anybody. I was just saying that I wanted to smoke my chalice in Buckingham Palace. How is that disrespectful?” U-Roy asked, adding that he never knew that in his lifetime he would see marijuana being freed up.

“Back in the day, if them hold you with a pound of weed is the same crime like you kill a man. And to know that finally society people come to realise that herb is a medicine. I feel so good about it,” he said.

U-Roy has a philosophy about life that is as simple as it is true. “In life, you cannot afford to be selfish, you have to accept changes. The youth will come with their changes, you have to accept them. If people didn’t embrace me when I was doing things differently, who knows what would have happened?” asked the man who is credited with revolutionising the style of reggae in the ’60s and ’70s, as he was the first to gain recognition by ‘toasting’, which was a technique of rapping over versions of popular songs remixed by King Tubby.

On May 11, U-Roy the reggae pioneer who has been dubbed ‘The Originator’, will be honoured with the Reggae50 – Pioneer Award of Honour by IRAWMA.