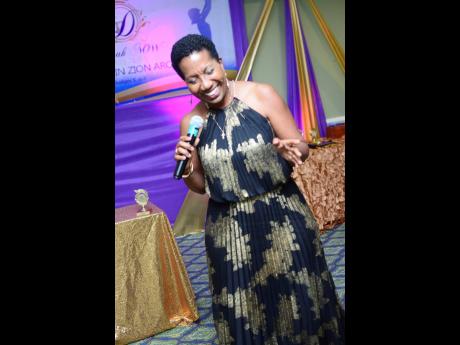 Several big-name acts have pledged to give freely of their time and talent to the inaugural Stars On A Mission charity concert to be hosted by the Christ Church of Vineyard Town on Sunday at the Karl Hendrickson Auditorium at Jamaica College, Old Hope Road.

Providing accompaniment for some of the singers will be Kamla Hamilton, while others will be accompanied by Dezi Jones and the Skool Band.

Pastor of the Christ Church Reverend Father Sean Major Campbell is commending the entertainers for answering the call to assist the church with this major outreach project. This fundraiser, he pointed out, has been made even more essential after thieves broke into the church last week Tuesday and made off with a several items, including the PA system. It has actually been a double whammy, as the pastor’s car was also stolen recently from his house, which is not in the same community.

“It is coincidental that the thieves have chosen to strike at this time, just as we are in the middle of planning a fund-raiser,” he said, adding that it was the first time in his six-year tenure that something like this had happened. He explained that the concert to aid the outreach ministry has been in the planning stages for a while. “It is not in response to the burglary,” said Rev Campbell, who revealed that the church had to purchase a new PA system.

But despite the loss of a computer, a printer, amplifiers and food items, he is not focusing on that. The good reverend, who is a director for Jamaicans for Justice, is on a mission of rehabilitation. He has offered prayer for the predators, which was printed in their last church bulletin, and is now anticipating Sunday’s concert, the proceeds of which are earmarked for evangelism.

“It is wonderful that all the persons who were approached all agreed to perform for free, and we are looking forward to having a glorious time on Sunday,” Rev Campbell said, adding that this is the first time that the church will be hosting a fundraiser of this particular nature.