Steven Woodham exposing the next generation to the classics 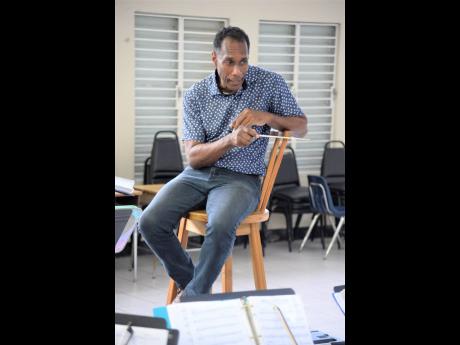 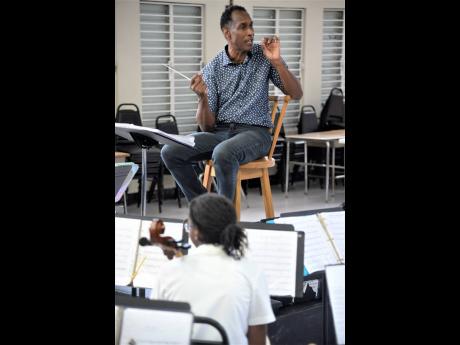 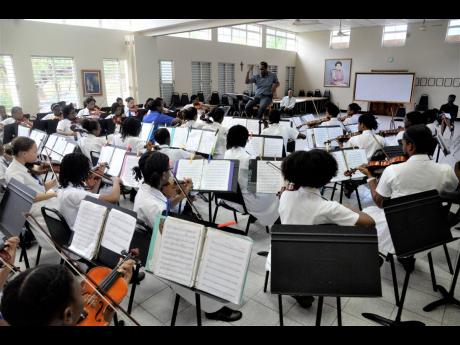 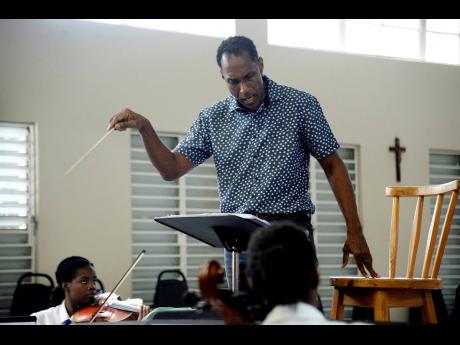 It was an obviously inspired Steven Woodham who patiently guided his young charges through their paces, intent on scaling the heights of musical perfection. A multiaward-winning Jamaican concert violinist, tutor, multi­disciplinary artist and conductor, Woodham is totally immersed in his role as the director of the Immaculate Conception High School (ICHS) Symphony Orchestra, which is this year celebrating 25 years. It is a role from which he gets immense joy and fulfilment – giving back to his country by teaching classical music to Jamaican children and exposing them to an environment that some of them would otherwise never have been familiar with. Woodham is in tune with the mantra “knowledge and music and things like that are only of value if they are shared”.

“If you think about it, you will realise that this is very true,” said the music teacher who ruefully admits that his ­status plunged by six points once he started introducing himself as a teacher rather than a concert violinist. Teaching, obviously, pales in comparison, but that does zero to take Woodham off his chosen course. “I could have started the Steven Woodham School of Music, but that was not my plan. In a public school such as this (ICHS), I can touch the lives of those who know nothing about music, however, the Steven Woodham School of Music would have catered to the elite,” said the conductor, who was awarded an Order of Distinction in 2014 for his work in the field of music education and culture.

Woodham, who has degrees in violin performance and music education and chamber music from the Ferenc Liszt College of Music in Hungary and has performed in several countries across the globe, recalls that his journey back to taking up residence in Jamaica was ­relatively inauspicious. In 1981, while living abroad, he visited the island to perform with a string quartet, and the idea started to germinate. He eventually returned, and in the early days, he was teaching at two different schools prior to taking up residence at Immaculate. He longs for the day when the teaching of classical music will be seen as just as important as the teaching of any other music form. He noted that for too many children, classical music is synonymous with boredom, and the reason for that is lack of exposure. “They think of classical music, and immediately, they envision something that puts them to sleep because it is so boring. But it is only boring if it is not played properly,” the violinist, who has been representing Jamaica since he was a 13-year-old explained.

It was for this very reason that Woodham ensured that students from a few schools in the Corporate Area were given an opportunity to attend the recent Kongkongkraba (Abeng) Symphony at the Karl Hendrickson Auditorium at Jamaica College.

“We got sponsors to pay for tickets for these kids, and they came to the concert,” a very pleased Woodham, who actually taught in an inner-city school at one time, said.

Not surprising to him, the students’ response was “unanimously ­positive.”

Teaching for over two decades, Woodham knows that in Jamaica the talent pool is certainly not lacking. “We need to have programmes like this in many different schools – not just the so-called ‘name’ schools,” the Wolmer’s Boys’ School graduate declared. “Talent is found everywhere. We just need to know how to nurture it.”

And it is this nurturing that is a sore point for him. Woodham is a great ­proponent of the magnet ­system, whereby the school which has the best facilities to teach a particular discipline, makes these facilities available to other schools in the vicinity. “It’s simple and logical. So, we would have students from other schools coming to take advantage of the facilities here at Immaculate. Another school that has a great agriculture programme, would do the same,” he explained. His frustration at the powers that be and their reluctance to see the vision was summed up in one statement, “It’s easier to convince a man off the street.”

Still on the topic of nurturing, he highlighted the need for those who have benefited to give back. “There are so many others who can go back into a school and make a difference. If all those who benefited from ‘quality’ education did this, can you imagine the difference that would make? We have so many athletes, cricketers, musicians who have so much to give but refuse to do so. Through the corporate energy, we can build a better energy,” he said.

Woodham has seen several of his students represent on the world stage and, like a proud father, he has cherished mementoes from them hanging on the walls of his studio.

“You see this,” he said, carefully taking down an elegantly framed picture of a crayon scribbling, which was apparently supposed to represent a violin. “This student is now playing on the international circuit,” he said, beaming with pride.

Woodham, who is well aware and appreciative of the egalitarian aspect of classical music, applies this learning process to life, and he says that if his students don’t understand it now, they will by the time they are ready to for the world. “The advanced can play with the beginner. It is a good mentorship process. We need to work together in harmonious cooperation, utilising the principle that I am good, but all of us together are even better,” he affirmed.