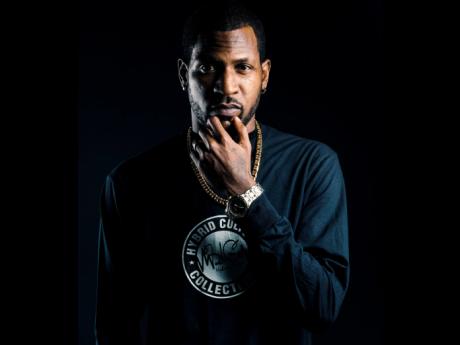 Many musicians toil away in the studio in hopes of becoming the next Billboard chart-topping, Grammy-winning, platinum plaque superstar. Dancehall vocalist and producer Damone ‘DeeWunn’ Walker, formerly of Ward 21, is content to toil away in his studio for the sake of making music that is (hopefully) better than his last production. Pleased that his last notable single was a viral sensation, DeeWunn is celebrating his latest achievement: his music being featured in an international commercial.

The new commercial for the upcoming Samsung Galaxy S10 features music from DeeWunn’s latest single, Back It Up , Drop It, alongside Leo Justi. “Sake a dat, we had to drop the single earlier than planned. But I think it works better that way,” DeeWunn told The Sunday Gleaner.

Formerly a songwriter and vocalist with the legendary dancehall group Ward 21, DeeWunn demonstrated his potential back in 2013. That year, Mek It Bunx Up, featuring Marcy Chin and produced by Kunley McCarthy (Ward 21), became a viral sensation after Parris Goebel, choreographer of Justin Bieber’s Sorry music video, sparked an online dance craze after recording an impromptu performance to the single.

Mek It Bunx Up gained the attention of the likes of Diplo, BBC 1Xtra’s Seani B, ZJ Johnny Kool, New York’s Hot 97’s Massive B, and other popular dic jockeys. When The Sunday Gleaner caught up with DeeWunn last summer, he wasn’t concerned about producing a follow-up to Mek It Bunx Up .

Last year, the fairly reclusive dancehall artiste signed to Waxploitation – a label that specialises in finding music placements for television shows, films, video games, advertisements, among other media. The label was at the centre of CeeLo Green’s transformation into half of the Gnarls Barkley duo – alongside Grammy-award winning producer Danger Mouse. Waxploitation is the label behind The Grey Album, a project combining vocal performances from Jay-Z’s The Black Album , with instrumentals from The Beatles’ The Beatles (better known as The White Album ).

“Waxploitation heard it, and they loved it. The single is my first release with them. As soon as I recorded it, they decided to shop it around. The first door we knocked on was Samsung. They have an idea of what they’re doing,” DeeWunn said. DeeWunn hopes that this is just the first placement of many. “I suspect it won’t stop here. There’s lots more to do. They’re shipping me off to the UK in a couple of weeks to do a radio tour promoting the single,” DeeWunn shared.