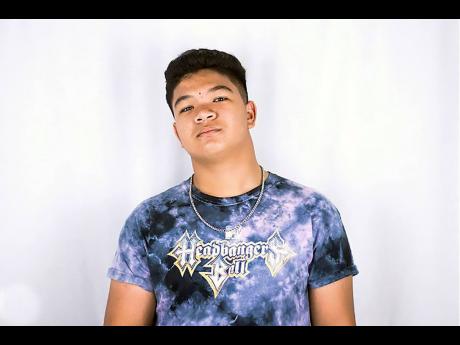 Music and business have always been combined passions for Tyler Chung, more popularly known as DJ Tyler. There’s no saying that the affable son of popular entertainment and business mogul, Brian ‘Ribbie’ Chung, has not used his father’s industry connections to his advantage, but the ‘young Chung’ does not want it to be left unsaid that he has worked arduously for the respect of event promoters who have featured him as part of their line-up of selectors.

Despite his chosen musical path, Chung, a graduate of Jamaica College, is currently preparing to attend The University of the West Indies to pursue a degree in management of business and marketing.

“The plan is to transition into music production, but, for now, I really want to remain a disc jockey, and one with a full education and degree,” DJ Tyler told The Gleaner.

Already, the up-and-coming selector has earned bragging rights as the youngest member of one of Jamaica’s premier local sound systems, Third Dimension.

“It has been an amazing journey, from being introduced to different professionals in the entertainment industry to the exposure gained from just attending, to playing at a wide selection of events, is worth it,” he shared.

After all, the 18-year-old has been playing music in and around local events before he could even participate in alcohol consumption. The first break-out opportunity he received was playing at the Major Lazer and Friends Live Concert back in December 2016. It was the first time a diverse audience had the chance to absorb his skill set, which spans playing music from the ‘90s to the present, including the trending hits of all genres. His playing style has also allowed him to bridge the gap between playing for his generation to holding the attention of more mature audiences.

“I play everything. I am not partial to any one genre, but what I select also depends on how the crowd reacts to the music. For the upcoming soca season, I know that for the majority of events, it may be best to stick to theme of entertaining with soca (for the diehard soca fans),” he said.

The year has started out on a high and bookings for the season have included top-tier events, such as Xodus Debut, Strictly Soca Series, Bacchanal Xperience Cooler Fête, UWI Carnival’s Royal Fantasy J’Ouvert, French Toast Brunch and Rum for Breakfast. Also on the calendar are Bacchanal Beach J’Ouvert and Bacchanal Dancehall.

In building a solid soca repertoire he has released Socantopsy, a mixtape that is sure to increase the level of serotonins in the bodies of socaphiles.

With 25 days left to road march, DJ Tyler is promoting the mixtape on digital platforms like SoundCloud, optimistic that international and local soca lovers, and as well as people expected to visit for Carnival, will engage him.

“Like many Jamaicans, my first carnival experience would have been on the sidelines as a little boy, standing on the sidewalks looking on in amazement at the really loud music coming from the truck,” he explained, feeling accomplished to have evolved from watching to be a part of the whole experience.

He is yet to participate in the traditional mas celebrations in the Mecca of carnival and soca, Trinidad and Tobago, but he anticipates that, as he gets the practice and a greater understanding of the culture, it will happen.

“For me, it has always been about experience first then play later, so I want to actually see T&T Carnival first as a patron,” he said. “My expectations for this soca season is a lot of energy from the disc jockeys and the partygoers, and focus on bringing that vibrant attitude to the parties.”