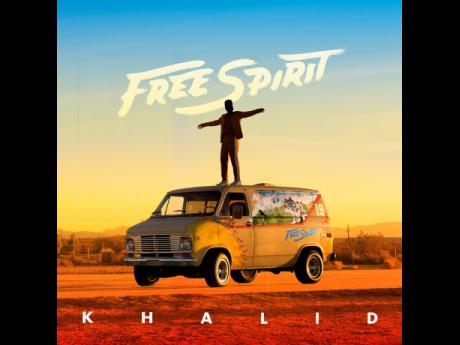 Khalid charmed us on his debut album by singing about being young, dumb and broke. None of that is accurate on his excellent sophomore effort.

The pop-soul-R&B star, who knocked many people out with 2017’s American Teen, is 21 now – still young, sure, but no longer a teen – and he’s far from broke now.

And we find him on his full-length second album wrestling with deep stuff. The guy who worried a few years ago that his mom would kill him because his car smelled like marijuana, is now singing, “I shouldn’t have to die to feel alive.”

Free Spirit is a fuller, layered 17-track album of unrushed, sombre pop from an artiste extending his wings and proving why he’s one of the most exciting voices in music today. On the funky Paradise, he acknowledges his maturity, “I’ve been thinking a little deeper/contemplation, getting cleaner.”

Two of the better tracks, Better and Saturday Nights, appeared on Khalid’s recent EP Suncity, and he reunites with producers Charlie Handsome and Digi, who co-wrote many of the tracks. Though lately he’s been collaborating with everyone from Halsey to Kane Brown, Khalid keeps the guest list light here (though John Mayer supplies nifty guitar work on Outta My Head.)

Khalid’s sound has evolved and so has the fuller production elements. If in the past he used just a little piano or a guitar lick, now he nestles his voice in hazy clouds of warm synth, murky echoes and usually some distorted effects. He lays down overlapping vocals, adds twisty bits of electronica, and employs his falsetto to great effect.

At times, he gets so introspective that the listener might feel like they’ve stumbled into a therapy session. “The man that I’ve been running from is inside of me/I tell him keep it quiet,” he sings on Self.

We were warned that Free Spirit would be a very personal album from the opening song, Intro, where Khalid sings: “I can’t even live with being by myself/That’s the part of me that really needs your help.” But, to be honest, when it comes to making superb music, he doesn’t need any help.