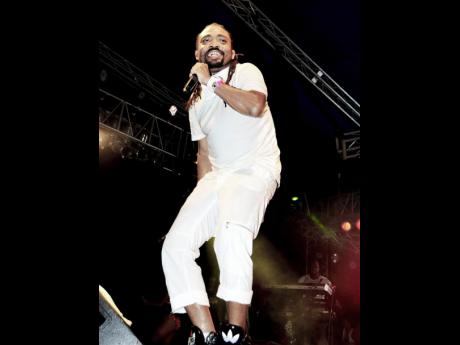 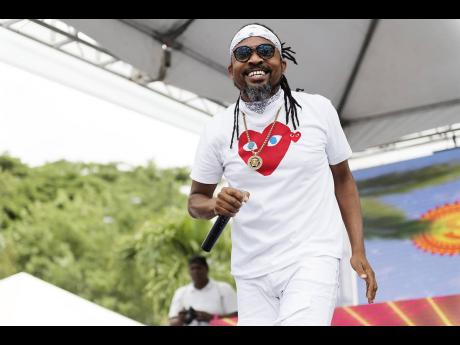 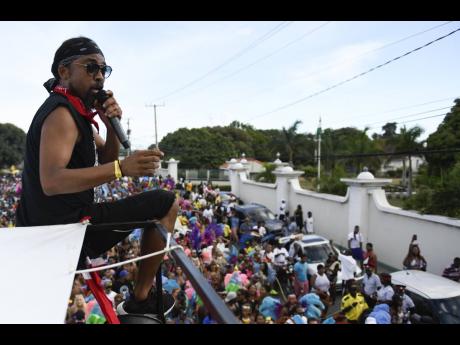 Still on a high from Trinidad and Tobago’s carnival, Machel Montano remains a pillar of energy as he prepares to fly across the waters to Jamaica this month to participate in Jamaica carnival.

The soca artiste has a special connection with the island as he and his older brother, Marcus, actually lived and attended primary school in Kingston until their parents decided to return to Trinidad. He says that for a while, people would think of him as Jamaican because he would speak Patois.

Today, he is one of the biggest acts from the twin-island republic, and today, we learn a little more about him in Five Questions with ... .

How do you feel about Caribbean integration between when you entered the music industry and now?

I am observant of all the elements of universe. This includes the trends of what’s happening, and a lot of things are guided by this concept.

There is a lot of Caribbean integration happening now on a different front, and for some reason, I feel at the centre of it as a soca artiste because I think soca music is one of the mediums through which a lot of this integration occurs. It is happening on an economic level, cultural level, as well as a creative level in terms of the diverse entities that bring us together.

Initially, people were fighting me out for bringing dancehall into soca; now it is one of the biggest things. They say everything under the sun has its time, but for me, it was about pushing the envelope early. It shows that there is unity and strength in numbers. Caribbean integration is a concept of family first or, as my colleagues and I are calling it, ‘famalay’, to cover not just those related to you by blood or race but to mean human beings and citizens of the world. One cannot exist without the other; no one should want to see their neighbour hungry.

What do you define as your Caribbean identity?

My identity, in general, is a Caribbean ‘home boy’. I would land in Jamaica, walk through New Kingston just to hear persons say, ‘Wah gwaan artiste,’ or any other island in the region and people treat me as one of their own. It comes with having a long-standing career in the music industry. The diaspora saw me start off as a child, then as a teen, and now as an adult with a catalogue of relatable songs. Speaking from that point, the idea of Caribbean identity, for me, originates from being integrated as a youth who toured through the islands, so I always feel my identity is based on my ability to touch every island and feel at home.

Have you ever felt like you would transition to doing strictly dancehall or reggae?

Once. When I first got into music, it was by accident. My brother, who was the one into music, was playing the guitar, and he asked me to sing with him, and mommy was like, ‘You have a good voice, would you want to do some lessons?’ My response was, ‘Okay’. Then the teacher asked if I wanted to join the choir, and again, I said, ‘Okay’. Then the choir asked if I wanted to do a solo, and I was like, ‘Okay’. Then the request came in to enter a calypso competition, and the answer, again, was ‘Okay’. From then on, it was always, ‘Okay’. But at the time, I observed doing calypso meant the older audience liked me more than my peers.

When everyone was in the clubs listening to Buju Banton, I was singing calypso and was booed because persons did not appreciate a young person doing that genre. It was at that point it clicked in my mind that maybe I should sing dancehall, reggae or hip hop. But there was something in my being that found purpose at 11 years old to say I did not need to do that.

While calypso was more social commentary, soca was more a vehicle that could move people and [was] very prominent in the party and dance halls. I would perform for persons who liked reggae, so I learnt the songs of Garnett Silk to perform one or two, then throw in the soca songs, and found the same persons would continue to move. So that is when the objective changed to becoming a pioneer of mixing the genres.

Are there any Jamaican entertainers you anticipate having collaborations with?

A lot of my collaborations happen organically until the opportunity presents itself to end up in a studio to record. Looking at the crop of new entertainers emerging in Jamaica, I can see that there is a revolution of young, conscious reggae singers. I like the skills and demeanour of Koffee, [and] I would love to work with Chronixx and Protoje.

There have been talks to actually get a collaboration out with Protoje. I feel like the music has an energy that goes beyond carnival and mas – it is something that lifts peoples’ spirits, unites them, and brings joy. So by working with some of these reggae artistes, I know it will be a conscious change that has the potential to bridge the gap and have partygoers listen to the lyrics and still enjoy themselves.

For this carnival season, you released ‘The Road’, which features international R&B singer Ashanti. What was the energy like working with her on a soca song?

Ashanti posted a video singing Like Ah Boss, and I hit her up on social media, and we were both interested in doing some work together. The Road is about loving the road, being a ride-or-die carnival lover. It also sort of speaks to the love relationship that a man or woman would have and was created to include the vocals of a young female. We held on to it for a while, even considered having Rihanna feature on it, but I had a crush on Ashanti all this time, so it was a plus when she decided to get on the track.

When she heard it, immediately, she started writing lyrics; she is a true professional. She was willing to do a song that was centred on the energy of Trinidad carnival and was determined to make it work. She spent eight to 10 hours behind the microphone in the New York-based studio where we met up.