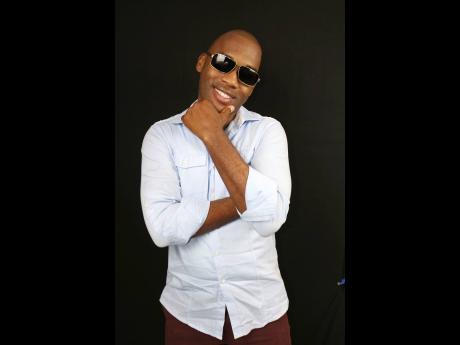 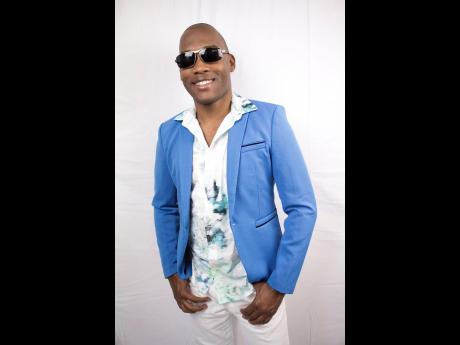 Visually-impaired producer, Poye “Buka” Robinson, is a strong believer in the power of music and its role as an inspirational tool which may be used to elevate individuals facing challenges, in the same way it helped him to overcome the tragedy of blindness.

“Reggae has played the greatest impact in my life. When I officially lost my sight in 2013, the music helped me to get through it. Reggae music is especially is uplifting and that’s why I love reggae so much,” Robinson told The Gleaner.

Robinson, was diagnosed with glaucoma as a child and gradually lost his sight.

“My eyesight started to deteriorate while attending primary school, and while several attempts were made to repair my eyes, an unfortunate incident occurred involving a schoolmate hitting me in the eye, which resulted in my living with one eye. In 2012, while in my third year at the Caribbean Maritime Institute, I lost sight in the other,” Robinson said.

He added, “Where I am at right now, I always say it is better to be born not seeing than to be born seeing and lose it. Born seeing the world and not being able to now is heartbreaking.”

Nevertheless, the 32-year-old producer completed studies at university, where he received a bachelor’s degree in Logistics and Supply Chain Management as well as a scholarship, and currently holds a master’s degree. Still, his ambition is to succeed in the music industry as a producer who releases only clean, chaste and violence-free, family-friendly songs.

“At the end of the day, an adult with children around them should not have to do damage control to explain that there are some lyrics that can or cannot be repeated,” he said.

For many years, visually impaired musicians and artistes have been contributed significantly to the local musical landscape. Frankie Paul, Roy Richards, Astley ‘Grub’ Cooper and Derrick Morgan, to name a few, have all added to the extensive catalogue of reggae music and Buka says that he is prepared to take on the challenge to do the same, through his recording label, Emoji Music Genesis (EMG) established in 2017.

The first single which was released on the label was Jae Prynse’s Blessings A Flow. The most recent project, Reggae Bliss, is a compilation featuring renowned artistes including Queen Ifrica, Junior Kelly, Duane Stephenson, Richie Spice, Iba Mahr, Lymie Murray, Ginjah and Luciano, as well as two up and coming singers Leon Smilez and Symatic. In the pipeline for summer is the Reminisce rhythm, on which Bugle, Nesbeth, Vershon and TOK’s Bay-C have already recorded..

“Reggae is bliss for me and of late persons have been speaking about its revival; like the efforts of neo-roots artistes Kabaka Pyramid and Chronixx, this is me playing my part in reviving conscious music,” he said.

Robinson is no stranger to the recording side of the business either, having received a recording contract to work under the direction of Delroy ‘Dr Marshall’ Harris, but instead, he chose to work behind the scenes.

His responsibilities as EMG’s founder take the form of the creative director and executive producer, to oversee, manage, share ideas and ensure that the final product meets the agreed artistic and technical standards.

He notes, “In music production you have to have an ear to identify the various sounds from the pitch to the vocals. I remain beside my engineer, whether during the process of recording an artiste or building a rhythm, to make certain that what is created is the exactly what I set out to produce. I will hear things the average person does not hear and when that happens I am able to pull apart the entire song to find the source of error or unwanted element. Persons are often astonished at this.”

It has certainly been taxing on Robinson, to manage a label with his disability and having to rely on others to assist sometimes without knowing if tasks have been fulfilled. He shares, “If I never loved music, I would be out of the business of it from a long time ago.”