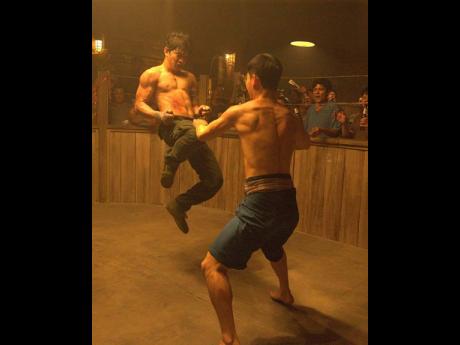 Tony Jaa. Tiger Hu Chen. Iko Uwais. Three names that have redefined martial arts cinema over the past two decades, finally together in one explosive motion picture. It’s the kind of movie that seems surreal until it’s ­actually put to film.

With this much talent behind the scenes, the film itself is bound to be a ­success, right? Well ...

Triple Threat begins simply enough. A group of mercenaries goes on a rescue mission in a heavily defended village for their leader. Things go exactly as planned-out the village is reduced to ash in the process. The only survivor is one Iko Uwais’ Jaka, who takes on a personal vendetta against the group that took away everything he ever loved. It’s a standard, albeit derivative revenge set-up, but it works in clearly establishing the film’s narrative, its characters, and their motivations. If only things had stayed so simple.

Over the course of the movie, the story gets more and more ridiculous, and pretty soon, you’ll become numb to the plot details as they arise. Then again, penalising an action film for having an overcomplicated story is a bit like asking an infant not to cry. They just don’t know any better. What would be unforgivable is if the film didn’t deliver on the main attraction here. The fighting.

Throughout the movie, each of the triple threat gets several shining moments with some pretty great fight choreography. It’s always a treat watching fight scenes with people who actually know how to fight. There’s no ­awkward and frenetic ­editing; everything is shown clearly and ­cohesively to deliver maximum ­satisfaction to the viewer.

Furthermore, Triple Threat seems to be of two minds in its action. In one scene, the combat will be realistic and gritty with no room for fantastic imagination. In another, there will, indeed, be something that denies the laws of physics. Triple Threat is fun enough that you don’t mind having to reconcile both at the same time. In fact, you’ll revel in it.

The acting may be so-so, but the action is not. While Triple Threat is not The Raid, it’s a perfectly serviceable b-movie that doesn’t take itself too seriously.

Hopefully, the trio will get another chance to deliver something with more staying power.