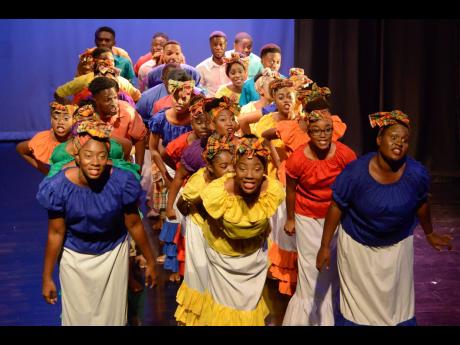 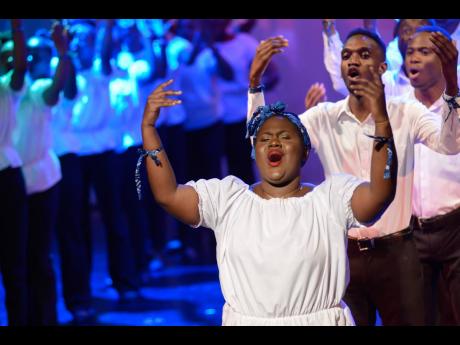 Shorn Hector
Members of the University Chorale in performance during Spectrum of Hope, part of their annual concert season, held at the Phillip Sherlock Centre at UWI Mona on Sunday. 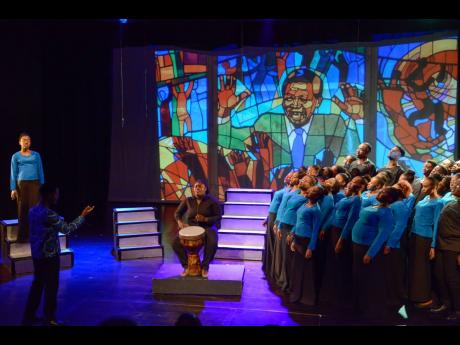 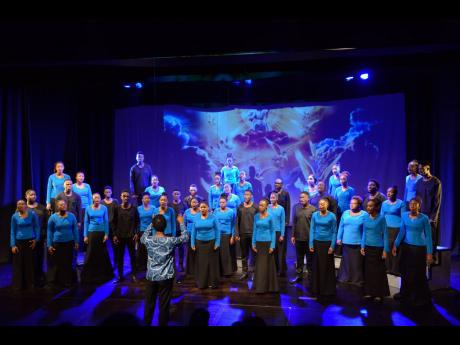 Shorn Hector
The colourful backdrop helped in bringing ‘Spectrum of Hope’, to life.
1
2
3
4

From the use of an appealing backdrop, colourful costumes, well-defined choreography to amazing delivery of beautifully arranged songs, the University Chorale concert was indeed a performance spectrum.

The feat was the result of commitment and preparation. Second-year student at the University of the West Indies, (UWI) Mona, and chorale member Paulan Henry told The Gleaner, “We begin learning songs from September.” This was supported by extended rehearsal sessions the closer they got to the performance date. She added, “Some songs were very complex – so many different parts – and the language. If you miss one rehearsal you miss a lot.”

Musical director and conductor of the Chorale Shawn R.A. Wright, in speaking with The Gleaner , explained that for Sunday’s concert, “The original idea (for song selections) was to use only songs from their 10-year repertoire.” But that did not materialise, so additional songs, suggested by various individuals, including founder Noel Dexter, and members of the Chorale, were also selected.

The songs came from different languages and genres. The classical piece, Psalm 68, arranged by Wright, got the UWI-based Philip Sherlock Center alive. It was followed by the powerfully rendered and creatively arranged Maranartha. With an image of Nelson Mandella projected on to the cyclorama, there was no doubt the African song Ndikhokhele Bawo was a tribute to the late South African leader.

A change in formation that brought soloist Shane Wright downstage to deliver a rich performance of Didn’t it Rain. And in keeping with the theme of the concert, ‘Spectrum of Hope’, the first half of the programme ended with another fine delivery in the form of Stay with God.

The second half of the programme not only reinforced the range of the vocals in the group, but illustrated great choreography and fine costuming. The almost full house was richly entertained with Jamaican folk songs Ketch Up Di Fire and the Noel Dexter – arranged Dry Wedda House. After more costume changes and creative movements, the curtains came down with the lively calypso beat Fête on di Stage.

But the University Chorale is more than a performing group. They are also about merging volunteerism with music.

Wright explained that in addition to celebrating their 10th anniversary, this year, the group was also honouring four years of service with the Jamaica Autism Support Association (JASA), hence the title of this year’s theme. According to the musical director, they have adopted each other, and the relationship is growing, and for the past four years, they have been keeping a concert with JASA as the beneficiary. While Spectrum of Hope is the major concert, ­chorale volunteerism extends all year round.