Marion Hall and Sampalue team up for ‘Gone But Not Forgotten’ 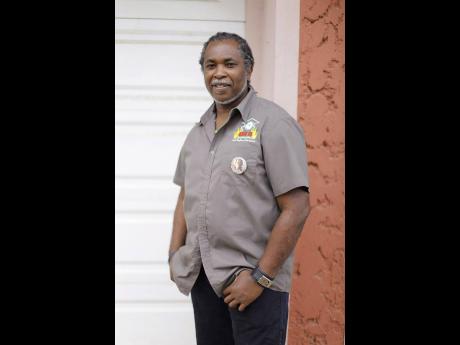 Back in the days when Lady Saw and Sampalue were a team – she was the artiste and he was the famous dancehall producer who was instrumental in helping to launch her career, and also her manager – they did many collaborations on Sampalue’s Diamond Rush label.

Over the years, they went their separate ways. Lady Saw re-invented herself and transformed into gospel singer Minister Marion Hall, and Sampalue, too, has gone through a metamorphosis of sorts. He has emerged as a reggae artiste.

And the two have now made a move together which some call surprising, while others prefer to label it inevitable. They are collaborating once again.

For the first time, Marion Hall and Sampalue have done a real song together. The track, titled Gone But Not Forgotten, appears on Sampalue’s debut album, Straight Outta Hannah Town.

According to Sampalue, who has produced songs such as Give Me A Reason and Find A Good M an for the then Lady Saw, the collab happened by chance, rather than by design.

“I was at Mixing Lab (studio) recording a song, and she just happened to pass through while I was there. She came into the studio and I said, ‘Marion, my mother pass and your mother pass, so let’s do a song together’. And she said yes; went into the voicing room and recorded her verse. Just like that. You know Saw. No fuss, all love,” Sampalue, whose real name is Delroy Phillips, told The Gleaner.

Sampalue, a proud ‘Mama’s boy’, is happy at the way this particular song turned out, because paying tribute to his mother, who passed away in 2015, is very important to him.

“I did a song for her when she was alive, called Mama. I was close to my mother and that is a good thing. I wish every boy – and girls as well – would see a video of how they came into this world. That would definitely give them a greater appreciation of their mothers. I was fortunate enough to see one of my sons coming into this world, and it has been a life-changing experience,” the multifaceted producer said.

He says that he hopes to have the song out in time for Mother’s Day.

Regarding his new-found career as an artiste, Sampalue said that he had been producing and writing for other people for so many years, and had experienced so much disappointment, that he decided to do it himself. So with the help of a vocal trainer out of St Vincent, his friend Qshandeya, he tuned his vocals to do exactly what he wanted.

“As a producer and writer, I have done a few demos for the artistes who I have worked with, so I know what sounds good and what doesn’t. One day, I was singing and Qshandeya was listening, and he urged me to take the singing thing serious because he realised that when I went off key I automatically corrected myself. He pointed out that many artistes can’t do that. At the last party I had for my mother, I did a Dennis Brown song – he’s my idol – and everybody said it was great. So shortly after that, I started working on this project,” he said.

Sampalue is feeling great about the feedback he has been receiving about his recently launched, Straight Outta Hannah Town, and dubs it “a really nice album.”