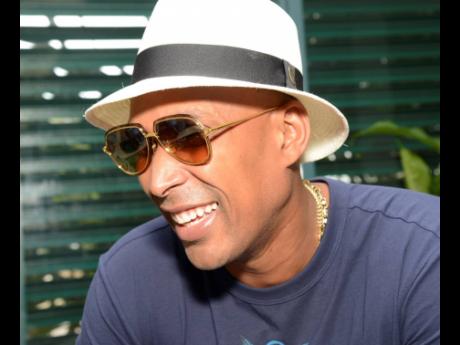 There’s not really that much of a debate as to whether or not Shal Marshall has the banging soca anthem for carnival 2019. The song, called Splinters, has every reason to be. It has been creating havoc, mayhem – call it what you will – without even trying, totally splintering Trinidad Carnival. And not surprisingly, Splinters has taken hold of soca revellers here in Jamaica.

Marshall, who has been described as easygoing, charismatic and destined for success, spent years as a radio personality at one of Trinidad and Tobago’s urban frequencies, and was also a part of a sound system called Juggler. He has worked his way to the top of the game, securing his own space in the entertainment sphere, and by 2010, he did a track that became popular, and Shal Marshall the artiste had arrived.

A frequent traveller who enjoys taking his soca brand all over the globe, there is nothing that Marshall loves more than the opportunity to be on stage at various carnivals. “I really enjoy what I do,” he told The Gleaner. “I love performing. This is actually my fourth time coming to Jamaica to perform soca. My first time was back in 2010. Then, for the past three years, I have been coming.”

With Splinters all the rave, Marshall has been transported to seventh heaven. A true soca music lover and one who ultimately respects those who came before him, Marshall’s thirst to be part of the industry that he’s spent the better part of his life shaping in some way is apparent. His catalogue of soca chart toppers includes Gyal Farm, Bum Bum Ville, Defend it, Trouble, Motivation and, most recently, Famous, Dip and Please Don’t Leave. Marshall’s progress seems unending, and it’s all because of attitude. In Jamaica last month for Coco J'Ouvert, he will be back to splinter Jamaica Carnival, and today, we find out more about him in our Five Questions with ...

What are your top three vacation spots?

That would have to be Cancun and then Jamaica. Jamaica is always great. Jamaica is the place that as you touch down in the airport, it’s like a breath of fresh air, and I’m not saying this just because I am in Jamaica. Once you clear customs and immigration and step outside, then it’s like ‘Yaad.’

The other place would be Bora Bora, but I haven’t been there yet.

What is your favourite dish when you visit Jamaica?

What do you do for relaxation?

I would say I relax when it’s family time. That’s what I call relaxation.

If you were on a deserted island and could have only two things, what would those be? Nothing electronic.

Ah, that’s a trick question. A ball and a big knife.

Michael Jordan and Al Pacino. And for those who have gone: Bob Marley and Michael Jackson.