Chance the Rapper thanks his wife 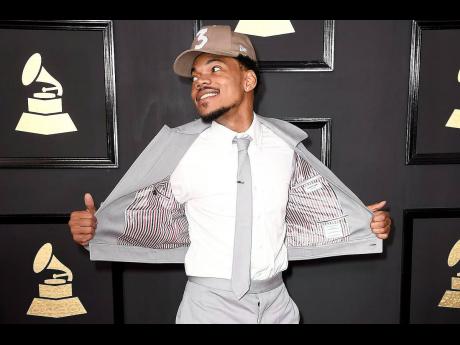 Chance the Rapper has thanked his pregnant wife for her support. The 25-year-old rapper has praised Kirsten Corley – with whom he already has three-year-old daughter Kensli – for allowing him to give his upcoming album all his attention, even though that means him working in the recording studio away from their family home in Chicago.

He wrote on Instagram: “I’ve been really happy the past few weeks. My wife gave me the go-ahead to put everything else on hold and really go to work on my debut album. It’s been a lil hard at times, I obviously miss Chicago and family and working on other stuff, but there truly is no joy like making a project.

“Somehow I always forget that I’m so, so good at this. And every night I surprise myself again. (sic)”

Chance admitted releasing the album in the summer will be “bittersweet” because he enjoys recording so much, but he urged his fans to “thank” his wife for letting him focus on the LP while coping with her pregnancy and their daughter with “so much grace”.

He added: “July is gonna be bittersweet because as much as I can’t wait to be done, the process is the best part!

“Y’all should thank Kirsten cause she don’t gotta share me wit NOBODY. But she knows what I do and is handling this pregnancy and our family with so much grace. Babe’ I have to appreciate u supporting me all these years and I swear I can’t wait to get juked on to these new songs. (sic)”

Chance and Kirsten tied the knot last month in a star-studded ceremony that was attended by the likes of Kanye West and his wife, Kim Kardashian West, and comedian Dave Chappelle.