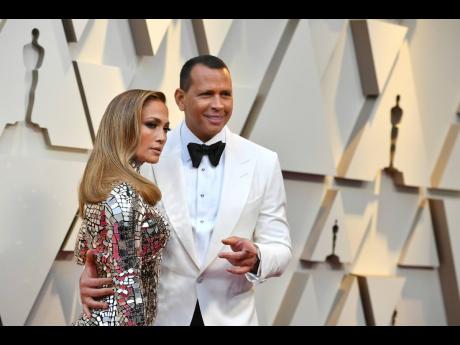 AP
Jennifer Lopez (left) and Alex Rodriguez arrive at the Oscars at the Dolby Theatre in Los Angeles shortly after their engagement.

P Diddy has apologised to Alex Rodriguez after leaving a flirty comment on one of Jennifer Lopez’s Instagram posts.

The I’ll Be Missing You hitmaker – who dated the Dinero singer for two years until 2001 – caused a stir in January after commenting “OMG” under a picture posted by the former lover to show off her figure during the ninth day of her ‘#10DayChallenge’.

Lopez has now revealed he reached out to the retired baseball ace afterwards to reassure him he didn’t mean anything disrespectful by his comment.

Lopez – who got engaged to Rodriguez last month – told Power 105.1’s The Breakfast Club: “He wrote Alex after (commenting).

“He was like, ‘I didn’t mean anything by it. I have nothing but respect for you guys. I’m so happy for you guys.’

“We were together so many years ago. It’s just like ... we were kids, you know?”

After Diddy, 49, wrote his comment, 43-year-old Rodriguez also shared his approval for the post, writing “Lucky me” alongside a number of emojis.

And Lopez, also 49, wasn’t surprised when her fiancé added his comment.

She said: “He doesn’t play. He’s a crazy Dominican. Do not disrespect that man.”

The Medicine singer – who has twins Max and Emme, 11, with ex-husband Marc Anthony – also insisted she “doesn’t care” about claims Alex has been unfaithful to her because she knows “the truth” about their relationship.

She said: “It doesn’t matter. I know what truth is. I know who he is. He knows who I am.