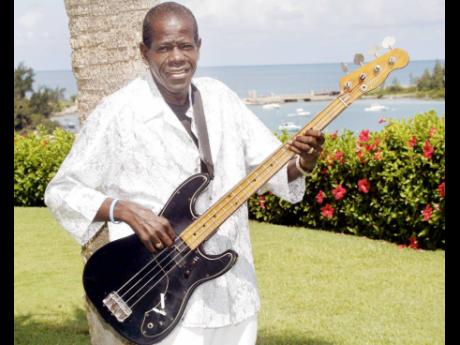 Originating in Trinidad and Tobago, calypso music, or kaiso, is characterised by social or political commentary and/or satirical lyrics sung to ballad-style rhythms. This quickly became the soundtrack of the twin island’s carnival celebrations. As with many Caribbean cultures, various elements of calypso, or its subgenres, soca and ragga soca, have been adapted into other musical genres across the region, and continue to contribute to its evolution.

In Jamaica, Byron Lee and The Dragonaires are praised as pioneers of the calypso movement, with its founder, the late Byron Lee, being responsible for the exposure of the genre through the extensive carnival executions in Kingston and Spanish Town and participation in similar celebrations worldwide.

Courtney Robb Sr, a former bass player with Byron Lee and The Dragonaires, believe that the genre has come a long way but that it has a long way to go as it relates to its integration into local culture or music. Even with the growing trend among entertainers today – fusing reggae and dancehall with soca or creating collaborated hits he believes that there will never be a movement of a similar calibre to that which existed three to five decades ago.

“While the younger generation loves the music, as far as another band ­emerging with the purpose of playing strictly calypso or soca in Jamaica, it is not possible because there is no dedication, and too many of our entertainers’ mindset is on becoming the next Bob (Marley), Tosh, or Bunny Wailer or predominantly want to do reggae and dancehall.”

However, the musician, who says that he has taken a backseat following his battle with kidney disease and his dependence on a portable ventilator machine, singled out Beenie Man for experimenting with calypso. “I listen to all types of music, from calypso, soca, and reggae and dancehall. I am cooling off and allowing the younger ­entertainers to take a chance,” he said. “I must compliment Beenie Man for doing one or two ­calypsos throughout his career. When you are a musician, you have to listen to and try playing everything not necessarily to master it, but for the experience. This is why I admire him so.”

Keyboardist and music arranger Neville Hinds believes that carnival enjoyed its heyday during the time when Byron Lee and the Dragoniares reigned supreme. He recalls, “The last time I saw a true celebration, was when Byron Lee was alive and the Jamaica Carnival was at its peak.”

He added, “The crowds we pulled along the road, coming into Half Way Tree, the masses behind and in front of us, has not been re-enacted, but Jamaica has a culture of entertainment, and the young people today like to celebrate that. One way that is done is by ­presenting an impression of what persons think a carnival is.”

Hinds, known for contributing to calypso hits like Tiney Winey, Dance Hall , Soca and Soca Butterfly , remains actively involved in the life of the Dragonaires. After Byron Lee’s passing, the band (which comprises five original members), kept the music alive despite challenges. The ­musician-music arranger says that The Dragonaires integrated with a fair number of youngsters in the music ­industry by taking them under their wings to complement the ­arrangement with new energy.

He said, “There certainly has been an evolution, and musicians like me always tend to speak ‘bout the good ol’ days and how they set a pattern. But music that is being produced is for this time and for the current generation of people.”

Hinds also credited bands like Fab 5, which, although they could easily be described as rivals, play a wide range of music and have made an impact throughout the years.

“There is a movement happening today, same as we integrated then with ska, rock steady and mento. Today, we have integrated reggae and dancehall with new soca … nothing has changed there. As far as persons even sampling the older calypso music, that may have occurred years ago but not recently.

“It seems to be more collaboration with Jamaicans playing on soca records and calypsonians or soca artistes across the region becoming more open to doing so because of the similarities in energy that is shared with our music and soca,” he concluded.