Performers, musicians set to get piece of the copyright pie 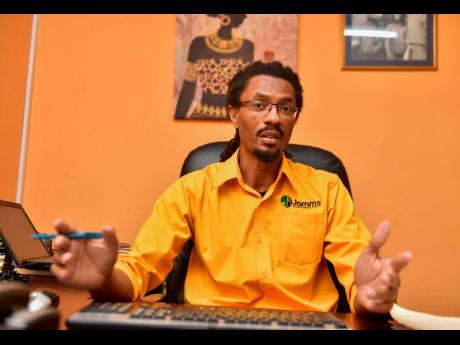 If the Jamaica Music Society (JAMMS) has its way – and more than likely, it will – performers and musicians will soon be able to claim their share of the delicious copyright pie. In a move that general manager Evon Mullings says is long overdue, the Government is reaching the point where the Copyright Act will be fully amended, making way for this to become a reality.

Currently, JAMMS represents producers and collects royalties on their behalf, and as Mullings explained, “internationally, the same body that represents producers also represents performers and musicians. However, for this group, the rights have never been in the Copyright Act, and they still do not exist. Our mandate, however, is to represent, and so when the law kicks in, we will be ready to roll out and represent.”

He noted that Jamaica signed the relevant documents, which are called the Internet Treaties, over 12 years ago, but the country has been taking tiny steps in fully implementing its international obligation. “JAMMS and other groups have been pushing for the law to be amended. The Copyright Act was amended in 2015, and some of the rights were put in but not all,” he said.

He added, “It seems like the necessary steps are being taken by the Government, and soon, those rights, will be implemented.”

Artistes and musicians hold copyright in the performance of sound recording much in the same way that the producer does, and Mullings emphasised that this has nothing to do with live performances. “The promoter already pays the artiste for that. And also, this has nothing to do with the work that JACAP is doing because that body collects for composers, authors, and publishers.”

Explaining that producers, along with artistes and musicians, hold neighbouring rights, he pointed out that this means that the slice of the pie given to producers may be affected slightly. Ultimately, however, it is the users of the music from whom these payments will be collected.

“The music users – the broadcasters, hotels, nightclubs, party promoters, restaurants, banks, bars – they will have additional obligations because there is now another set of copyright owners who have to be compensated,” JAMMS general manager said. “Unavoidably, we will have to make some adjustments to the fees that we are now charging, but we are going to be implementing this over an extended period of time. We are aware that persons have to budget, and we don’t want to add to cost burdens that will make businesses less viable.”

Mullings says that JAMMS is very excited about the prospect of representing the approximately 4,500 Jamaican artistes who, up until now, have not been able to earn their equitable remuneration, which their counterparts internationally enjoy.

Embodied in JAMMS’ big plans to offer representation to this huge group, is the building of a brand-new office space, but Mullings was reluctant to give specifics. “We don’t want to give any timelines just yet because we are still in the process of getting our building permit” however, this new space will allow the organisation to expand and fully establish themselves in the services sector and become what he calls “good corporate citizens”.

“This building is very important in our growth process. We are looking to grow significantly in the range of services we offer,” Mullings said.

For example, JAMMS is the national agency that assigns the International Standard Recording Code (or ISRC code), and the society offers this as a free service to both members and non-members. The ISRC code is a unique identification system for sound recordings and music video recordings and acts as a kind of digital fingerprint.

JAMMS, as part of its function as a collections agency, also interacts with promoters islandwide in ensuring that their events are licensed, with the required permits issued by the organisation. Mullings said that some 25,000 events were staged islandwide last year.

Plans are in the pipeline for the establishment of a foundation and also a benevolent society for members that will offer education grants and assist with securing accreditation for members. “We are implementing a group life insurance policy because we see this as necessary for this business. There are too many instances when persons in this industry pass away and things don’t always work out in a complimentary manner,” he said.