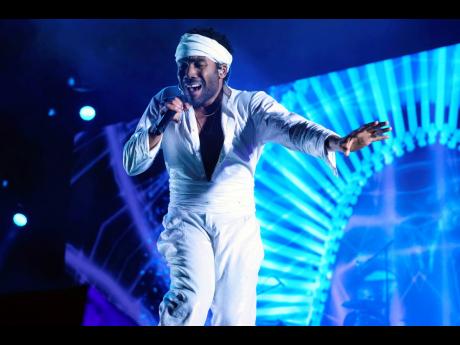 AP/File
Donald Glover, who goes by the stage name Childish Gambino, performs at a music festival in New York in 2017.

Childish Gambino urged his fans to put their phones down as he headlined the Coachella Valley Music and Arts Festival on Friday.

The This Is America star told those who had gathered to watch his set at the music festival in Indio, California, through their own eyes rather than through their screens as he admitted that the stage was his “church” and where he feels at “home”.

He told the crowd: “Put your phones down. This is not a concert, this is church. If you came here to hear your favourite song, you should go home and do that. If you want to come here to just take Instagram pictures and @&$#, you should go in the back and move right now. I want y’all to feel this @&$#. This is my church. I feel at home here.”

Childish Gambino – also known as Donald Glover – wowed the crowds with a brand-new song, as well as performing some of his biggest hits.

He also took some time to reflect on loss, adding: “All we really have are memories at the end of the day. The problem with millennials is that we have too much date, we’re too afraid to plant a tree we know we’re not going to eat from. Some of y’all won’t make it to next week. While we’re here, feel something and pass it on.”

In an unexpected move, the Feels Like Summer singer opened his set with a video montage of comments of both fans and those who weren’t, which were collected during the festival. While some were excited, with one saying, “I’m thankful to be here while he’s creating art,” others were less supportive.

One said: “He’s great at a lot of things but a master of none.”

Another shared: “Nobody’s coming to Coachella to hear that.”