Ashanti was working with Nipsey Hussle before his death 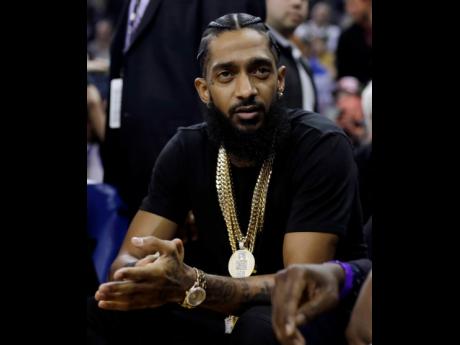 R&B singer Ashanti has revealed she was working with Nipsey Hussle before his death.

The 33-year-old rapper was shot and killed last month outside his Marathon clothing store in Los Angeles, and the 38-year-old singer has recalled how helpful and supportive he was when she told him she wasn’t feeling well enough to come into the studio, and hailed the late star as an “amazing spirit” who was “willing” to help anyone.

She said: “Nip was always helpful. It’s funny, because I was looking at some of the last texts that we had, and I was recording at his studio and was like, ‘Nip, I don’t think I’m gong to make it tonight. I have allergies, I’m sneezing, I got a headache.’

“He was like, ‘Oh I got these herbs that are really good for you! I know where you can get some good stuff!’

“And he was sending me links and like, ‘Sis, I got you, you gotta try this.’ And it just made me sad, because he was such an amazing spirit. His heart was pure, and he was always willing to help and always really positive.”

The Foolish hitmaker says the invaluable advice he gave her on the music industry and feedback on her new songs will always stay with her.

She added to ‘Entertainment Tonight’: “One of his messages that was so powerful as an artiste [was] owning your masters.

“Knowing about ownership. Thinking outside the box.

“Not holding on to these contracts and signing things that you know nothing about.

“Trying to make it on your own. Having your own platform, your own voice. Just thinking outside the box and trying to come up with other ways to be an entrepreneur.”

Ashanti admitted that she is still in “disbelief” that Nipsey, who was laid to rest in Los Angeles last week, is gone and said he had “so much more” he wanted to do, and that his passing is a remainder of how “precious” life is.

She added: “I’m still [a] little bit in disbelief.

“Going to the funeral, I think it shocked me a little bit and it became a reality, seeing the casket on the stage. It was like everyone stood back like, ‘This really happened,’ and it just shows you that life is so short and so precious.

“He’s such an amazing person and an amazing spirit, and he’s done so much. He had so much more that he was doing.”