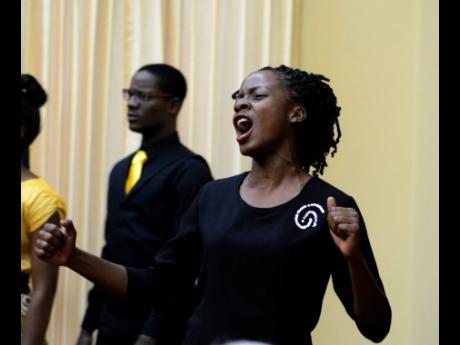 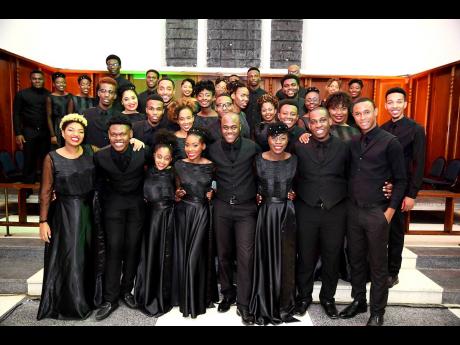 As a 22-year-old college student, Greg Simms had a dream – he wanted his own choir, filled with friends. Ten years later, he is now referred as principal director and artistic curator of the Jamaica Youth Chorale. This spring, the choir will continue celebrating their 10th anniversary with an upcoming spring concert called ‘On Wings Of Song’. “It’s been 10 years of doing just that, taking our audiences on a flight of music,” Simms told The Gleaner.

Though their anniversary date was in December 2018, the chorale is celebrating their milestone age for the entire year. Last December, they planned ‘Lux Aeterna’, a Christmas show meant to kickstart their celebratory year of activities. Up next, following the sensational Christmas concert which pulled audience members on their feet to the stage, is a spring concert sure to evoke similar excitement.

“It’s another flagship event. The repertoire is more expansive than a Christmas show. It’s eclectic and diverse. We hope to show how far the choir has grown musically,” Simms said.

From an upstart on The UWI Mona campus, the chorale now boasts an international reputation – having performed in the United Kingdom and competed in the World Choir Games in South Africa last year, where they earned silver medals in two categories.

When they hit the stage next weekend, the chorale aims to engage and challenge their audience. The director said, “We want them to experience the wonderful world of music, to appeal to emotions. “We want our audience to be challenged and excited. If the choir gets it, then the audience gets it. We have to get it first.”

Simms, who is naturally the first point of reference as director and curator, told The Gleaner that the members are active in deciding what makes it to the stage. He referenced his core team, featuring musical arrangers Cedron Walters and Odane Dawkins, and skilled pianist Dr Cathy Brown. “We sit and flesh out ideas, then we take the music to the members. They say if they don’t like a selection, and there are negotiations. It has to sit well with them,” he shared.

All the same, he must be adamant about some decisions. “Some songs I have to work through – like a difficult piece. But eventually, they love it. That usually happens.” Otherwise, the planning process is organic – and the end result promises a mix ranging from Buju Banton to classical composer Johann Sebastian Bach.

Memories of the recent memorial service for the late broadcaster Dorraine Samuels, will show 2016 Rhodes Scholar Sherona Forrester, passionately leading the chorale in a tribute performance that brought tears to the eyes of many.

Simms referenced Forrester as one example of the chorale’s success – his dream realised. He recalled her joining the chorale as a 16-year-old Glenmuir High School student. With no regrets, he reminisced on the long trips from rehearsals in Kingston to get her safely back home to May Pen. “I’m proud of where it’s come. I’m really proud of them. I’m more proud of the young composers and arrangers we have. This is really just a platform for people interested in chorale music,” Simms said.

Those opting out of the road march festivities can instead engage with the Jamaica Youth Chorale on April 28 at The UWI Chapel. Show times are 4:30 p.m. and 7 p.m.