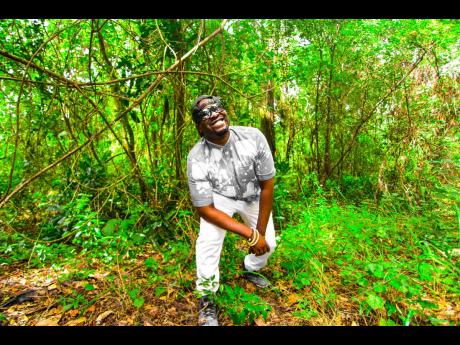 “It’s an honour to be recognised by one of the top music publishers in the world. They put me in the studio with the best songwriters in the world and allowed me to participate in songwriting camps with some of the biggest artistes across the world. This has taken my career to a whole new level,” said KickRaux in a media release.

Warner Chappell Music Inc was formed in San Antonio, Texas, in 1987. In 2010, publishing agency Music & Copyright, ranked it as the world’s third-largest music publisher. Warner Chappell’s catalogue comprises over one million compositions and 65,000 composers, with offices in over 40 countries.

KickRaux, who resided in Portmore before migrating to the United States (US) 18 years ago, currently lives in Dallas, Texas. He has done production work for major US-based record labels, including Atlantic Records, Motown, and Big Beat, and British label XL Recordings.

Among his production credentials are the ‘World Fete’ rhythm (which features songs by WizKid, Vybz Kartel, Charly Black, Konshens and Masicka); TAO for K-Pop artiste ZTAO; Feeling U by Tyga, Ayo Jay and Demarco; Kranium’s Nobody Has to Know (remix); XXXO by MIA, featuring Jay-Z; Lyrical Anomaly by Kabaka Pyramid and Chronixx; Wine to the Top by Vybz Kartel and Wiz Kid; and Digicel’s Feel the Beat campaign, featuring Machel Montano.

Listed among his current projects is the song Giving U by singer Jah Vinci.

“Growing up, I was a fan of Jah Vinci’s music. He has one of the most unique voices in dancehall and reggae music. So, a few years ago, when I came to Negril to play a show, I connected with Blade, who introduced me to Jah Vinci, and we ended up doing this song together,” KickRaux explained.

He continued: “Jah Vinci is an artiste who has a timeless and classic voice, so I wanted the production to match. I used classic sounds from a classic drum machine called the LinnDrum, which was made famous by Prince and many artistes from the ‘80s. I combined that with fresh sounds from today’s rhythm and blues to create something that stands out and sounds different.”

KickRaux shared what he brings to the table musically as a producer.

“Over 200,000 people stream my songs in places like London, Toronto, Paris, Stockholm and Amsterdam every month on Spotify alone because of my global sound. I travel a lot, so I bring that with me to the studio. I don’t just bring productions that sound like what’s popular; I focus on what I think is next based on what is happening in music across the world, and I push the artistes who I work with to try something different. I tell artistes when we’re in the studio that being uncomfortable is a good thing; you should always challenge yourself and your fans because there is so much music nowadays, if you don’t stand out, you’re left out.”

KickRaux is currently in Jamaica working with producers, including Dale ‘Dizzle’ Virgo, on several projects.

“I’m in Jamaica to shoot a music video and also to finish working on my album. DreLue, one of the most in-demand songwriters in R&B at the moment, is down here with me. We are doing a bunch of sessions with some artistes and giving some of my best almost-finished songs to some of my favourite dancehall producers to add their touch,” he disclosed.