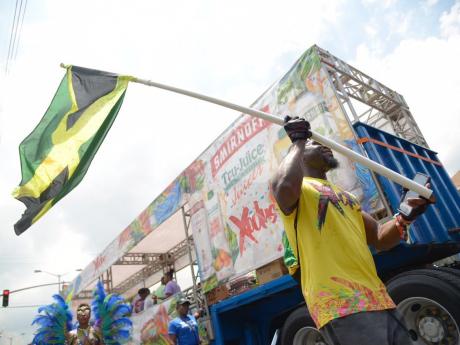 The music trucks seemed ready, and there were a few revellers who arrived on time for the Xodus Carnival road march.

But when the clock struck 9.30 a.m, the scheduled time for the revellers to depart Jamaica College, nothing happened.

Shading themselves from the pelting sun, they waited patiently enough until Xodus principal Kamal Bankay hurried to the trucks yelling that it was time to start.

The march then kicked off with a slow, confused stroll.

Confused because there were many pauses — and still the trucks were playing no music.

The pauses were for another reason entirely.

Xodus had to stop at Caribbean Airlines to let the Bacchanal Jamaica pass.

While some revellers stopped in silence, others had the chance to build their vibe beside their stationary party truck.

Once beyond Sovereign Centre, near 11am, the party really started.