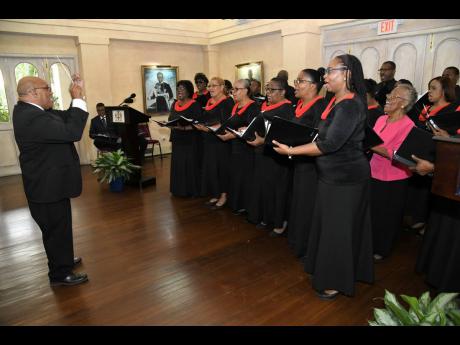 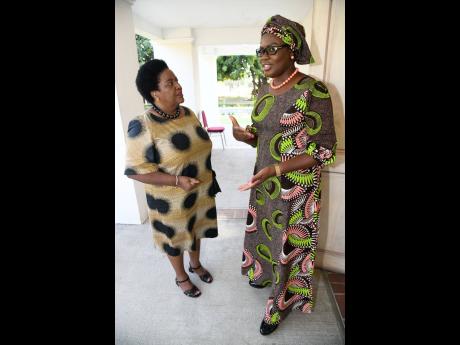 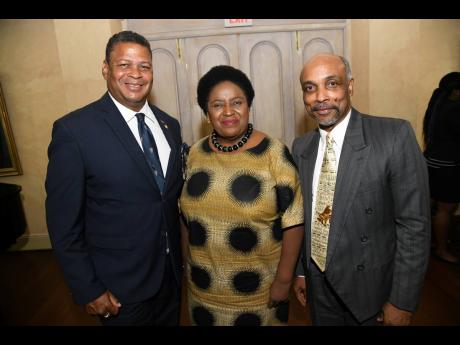 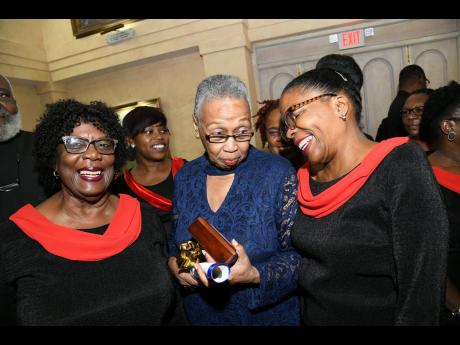 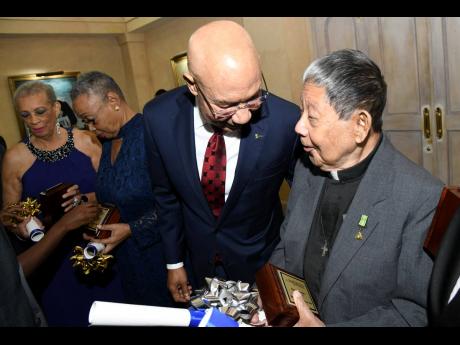 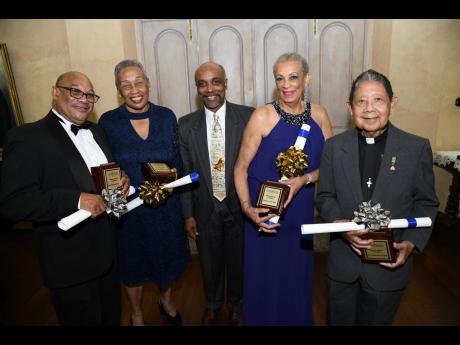 Fueled by their love for music in the ’70s, a group of friends embarked on a mission to share and promote chorale and orchestral music, across Jamaica. On Sunday, four of them – Carole Reid, Marilyn Brice-McDonald, Easton Lee, and Winston Ewart – were honoured with the National Chorale Medal of Excellence in an awards ceremony held at King’s House.

The medal presentation and citations, read by Joerio Scott, were interspersed with performances by the chorale, and brief remarks from Governor General Sir Patrick Allen and National Chorale Chairman Christopher Samuda. In his official welcome, Sir Patrick praised and thanked the chorale and the awardees. “Awardees, you have been exceptional, and the National Chorale, you have been the embodiment of excellence. I thank you.” In thanking the governor general for hosting the event, Samuda called the chorale, “the beacon in the Caribbean”.

A Moment of Humility

It was a moment of delight, appreciation, and humility for the awardees. Ewart told The Gleaner, “It’s a wonderful feeling. For me, it is just doing the best that I can, loving the music and working at it to the best of my ability, and hope that we get good result. I was there from the very beginning, (so) that I feel like I am part of the thread that holds that fabric together, and I want to continue as long as I am able to, or as long as they will have me.”

Reid was equally appreciative. “It is very ­special. If it is only for the afternoon, I am a very special person, and I appreciate the honour that has been given to me. This award stands in its own place – special,” he said.

“Humble. Do I deserve this? I do not want to put it on my head,” was the response from author, dramatist, reverend and media personality Lee. He recalled his involvement, telling The Gleaner, “Jeff Fairweather was my good friend – we did a concert in Shiloh, and after the concert, the church nearly mash up. An old man came and said, ‘Bway, dah some’n deh belong fi Jamaica, yuh know it belongs to Jamaica.” That, he said, led to the formation of the national Chorale of Jamaica.

As she reflected on the honour, Brice-McDonald said, “When you doing what you doing, you are not thinking of this (awards). In truth and in fact, sometimes I think – should I really be getting this? When I was doing this, I was enjoying myself, you were just doing what you want to do, as God gave you this talent.”

And the evening wouldn’t be complete without a performance by the Corale. They opened with soloist Andrew Knuckle delivering a purposeful rendition of GF Handel’s Art Thou Troubled. The chorale followed, performing two contrasting pieces: the Lloyd Hall – and Maurice Gordon, arranged Jamaica Land of Beauty, and Richard Wagner’s Pilgrim’s Chorus. Leading with Jamaica Land of Beauty, it was a very patriotic salute with powerful voices that filled the space of the ballroom. Great emphasis was put on the ending words, ‘proud and free’. The Pilgrim’s Chorus was very slow and reflective – a very fitting summary for the evening’s purpose.

Carole Reid’s response on behalf of the awardees was laced with anecdotes and humour, while master of ­ceremony Robert Scott closed the programme with one of William Shakespeare’s popular quote, “If music be the food of life play on.”

The chorale is now in preparation mode for their June season, Summer Breeze. And according to Ewart, the music will be lighter.