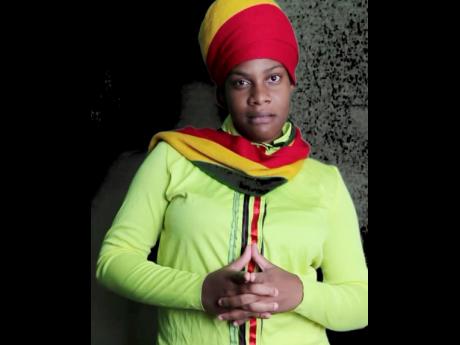 Hollywood’s movie culture created the term ‘triple threat’, to describe performers who are equally gifted with the three most prominent entertainment talents – acting, singing and dancing.

Last weekend at The Phoenix Theatre in New Kingston, 25-year-old Jamaican speech and drama teacher Faithy Lynch made her acting debut playing the complex roles of eight adults and small children in her one-woman psychological drama, Common Sense. This she achieved using her diverse range of talents writing, directing, acting, singing and dancing.

The play focuses on mental health, highlighting social factors which might affect a person’s mental state. It shows the effects of misdiagnosis and the cultural stigma and dangers of those who are living in denial.

In 2017, The Psychiatric Nursing Aide Association of Jamaica revealed that four in every 10 Jamaicans were living with a mental disorder. The association predicted that this ratio would double, or triple in the next 10-15 years.

One of Lynch’s characters, Stacey, is the protagonist of the play. She is traumatically affected by the ignorance of her community but tries to cope in a society that does not offer a healthy support system. Lynch uses her talents to address complex, sensitive, taboo emotional issues in an entertaining way. At the end of the play, she facilitates a brief forum for discussion with the audience, inviting those who might be suffering from mental challenges to openly share how with the right treatment, medication, and therapy, they have survived and succeeded in their professions.

Lynch began her theatre journey winning numerous medals at the Jamaica Cultural Development Commission’s drama competitions – every year from 2006 to 2013. She went on to study drama at the Edna Manley College of The Visual and Performing Arts, graduating in 2018. After graduation, she has been committed to pursuing a serious dramatic career in writing plays and acting in her own productions. She has taught drama at Grove Primary School, and speech at Claude McKay High School.

This weekend, Lynch returns with her one-woman show, running every night starting at 7.