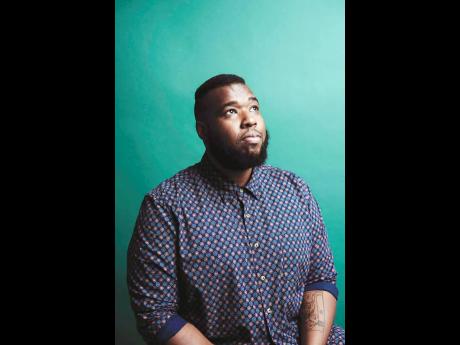 For Jamaican cinematographer Christopher Thomas, it was his hours spent at the Carib cinema in Cross Roads, watching movies with friends, that ignited what would become a long and lasting love affair with film. Thomas, who now resides in Finland with his wife, has joined an ever-growing list of Jamaican cultural ambassadors who are flying the nation’s flag high. Starting today, his work will be on exhibition at the prestigious La Biennale di Venezia Art Exhibition in Venice, Italy

Otherwise known as the Venice Biennale, the event is often referred to as the ‘Olympics of Art’, where countries from around the world send their best contemporary artists to exhibit work to a global audience. Figures show that the last staging in 2017 saw over 500,000 visitors within the 30 national pavilions and venues located throughout the city.

Thomas explained to The Sunday Gleaner that he would present work in the national pavilion of Finland, but for him, this was an awesome opportunity to show off Brand Jamaica. The releases on Thomas all allude to his Jamaican origin, with one headline stating, “Jamaican to exhibit artwork at the prestigious La Biennale di Venezia Art Exhibition in Venice Italy”.

His own films “explore themes of immigration, integration, education, and the dynamics of seeing and being seen”, and he describes his work as experimental documentaries about immigration and integration. However, according to Thomas, ever since he was 17, he wanted to make films in Jamaica, “but unfortunately, everything I have done in pursuit of that dream has taken me further and further away from home”.

He added: “It has taken me here to the Venice Biennale, for example, where I have witnessed the never-ending fetishism of brown and black suffering. Their lives only seem to have value when they experience a specific kind of suffering: the lack of food, water, shelter, physical safety. Films that solely explore the other kinds of suffering (the search for intimacy, for belonging, for meaning in our lives) are reserved for white North Americans and Europeans.”

Thomas says he wants to make films about everyday brownness or blackness “and how we navigate these larger questions about life as well. There is more to blackness, especially Caribbean blackness, than just violence, drugs, and gangs. I plan to show the other side and am currently writing a fiction film set in Finland and another that is set in Jamaica.”

The film-maker, who has a BA in Media and Communication from the University of the West Indies and an MA in Film-making from the London Film School, has had his films shown at Finland’s renowned Tampere Film Festival, which, this year, celebrated its 50th anniversary, and Sweden’s Uppsala International Film Festival in 2015 and 2016.

Thomas shared that one of his films, titled Welcome, was about the immigrant experience when coming to Finland. “But instead of having immigrants talk about how it felt, I focused on that feeling of being ‘othered’ and the power of the gaze you get from locals. So my films tend to encourage observation and contemplation by the viewer, where they can feel and think for themselves.”

Thomas described integrating in Finland and Europe as a strange process. “In London, they are used to people of colour, and you more or less have the amenity of anonymity. But when I arrived in Finland, it felt like I left my anonymity back on the plane. I was struck by how often I was being stared at, and the stares didn’t even go away when you stared back. It was depressing and inspiring. So I decided to make some films about this power dynamic. And in my arsenal was the ultimate weapon of the gaze: the camera.”

Thomas, who is a member of The Miracle Workers Collective, “a transdisciplinary and transnational community of artists, film-makers, writers, performers, and activists,” is participating in their inaugural project, A Greater Miracle of Perception. This was commissioned and produced by Frame Contemporary Art Finland, an advocate for Finnish contemporary art, to be exhibited in their national pavilion during the Venice Biennale.

The collective’s video installation will present several disparate short films that explore the notion of national representation and belonging.