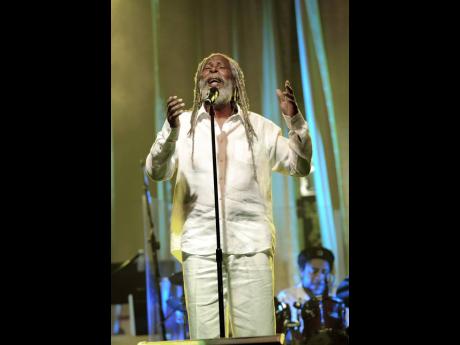 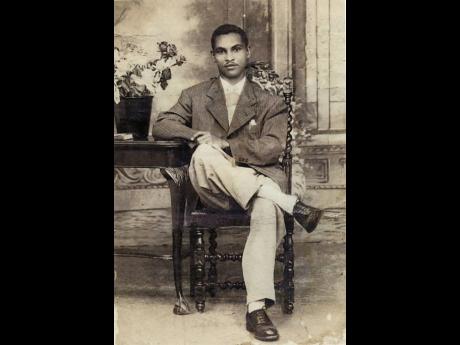 Jamaica has a rich legacy of songwriting talents in popular music. To many, Bob Marley may be the first to come to mind. But whereas Marley wrote mainly in prose, there were others who delved deep into rhythmic poetry to express their innermost feelings.

Last week’s article showcased one of the earliest of such talents – Everard Williams, a mento songwriting genius. Williams, in his own inimitable style, thrilled millions with his highly ambiguous and suggestive lyrics that left music lovers in deciphering mode as they tried to unravel the writer’s rants. Laced with humour and ambiguity, Williams’ compositions not only provided entertainment but were, almost invariably, social commentaries about current events and notorious characters. Some even bought the printed tracks of the songs to keep abreast of current happenings.

In one of Williams’ most ambiguous compositions – Big Boy and Teacher – he has the boy questioning teacher about a character named Catty:

“Is Catty high, is Catty low?

Will Catty stand up to any blow?

Is Catty deep, is Catty wide?

Is Catty something that I can ride?”

After further persistent questioning from the boy, Williams had teacher offer the explanation that:

“Catty is the same as pussy cat

That is sleeping on the mat”.

In a 2005 radio interview with me, Alerth Bedasse, leader of The Chin’s Calypso Sextet, a top mento ensemble of the ’50s, said, “Williams was more like a genius. He was an extraordinarily skilful songwriter who could write a song in glowing poetry on a recent occurrence in virtually no time. I remember him doing this with the headless corpse, the Kendal crash and the little boy who was hit down in Coronation Market and died instantly.” Explaining William’s background, Bedasse continued, “He was a schoolteacher by profession and spent 15 years in Cuba, returning to Jamaica in the late ’40s to join with a partner as a street singer, replacing Slim and Sam of the previous decade. When Williams’ partner left, I replaced him in ’49,” Bedasse said. Williams penned over 50 songs of like nature for various artistes, including Count Lasher, Hubert Porter, Harold Richardson and the Ticklers, and The Chin’s Calypso Sextet.

For sheer poetic artistry, though, perhaps the only Jamaican songwriter who could rival Williams is Keith Anderson, aka Bob Andy. Andy made his earliest and most telling impact at Studio 1 (Jamaica Recording and Publishing Limited) in the mid-late ’60s recording 12 songs, mostly written by him. They were compiled on an album called Song Book, which became one of, if not, the biggest selling albums for the label. Andy told me in a radio interview in 2003, “Contrary to what many people think, I did not do an album at Studio 1. I did just 12 singles there, and they were placed on an album by Mr Dodd.” The album included chart toppers like Too Experienced, My Time, Desperate Lover, Unchained, Let Them Say, and the anthemic, mid-tempo ska I’ve Got To Go Back Home, considered the first call for repatriation in popular music. The opening lines ran:

“I’ve got to go back home

This couldn’t be my home

Or I would kill myself.”

Andy seemed deeply passionate as he explained the inspiration behind the song:

“I smoked some herb, got a vibe, and went around the piano. Apart from the lyrics, all I had was the brass section in my head, and I would just go to Bobby Ellis and hum my thing to him, and he, with his orthodox musical knowledge, would just get it in the right mould for I. I also felt this national weight on me because we had just attained what we thought was Independence. And from that early time, as sensitive as I was, when that came down on me, it was a vision I saw of people trodding home.” His other lasting compositions included all of Marcia Griffiths’ early songs that set her on the road to success; Ken Boothe’s I Don’t Want To See You Cry; Delroy Wilson’s It’s Impossible; and his own Mama Africa, Peace In Your Mind, Life Could Be A Symphony, Check It Out and the controversial Fire Burning.

Music consultant Colin Leslie agrees that Andy was top of the pack as far as songwriting was concerned but said: “There were others, like Joseph Hill, Dennis Brown, Gregory Isaacs, Jimmy Cliff, Ernie Smith and Bob Marley, who were equally impactful. Generally, Jamaican songwriting skills must rank among the best in the world.”