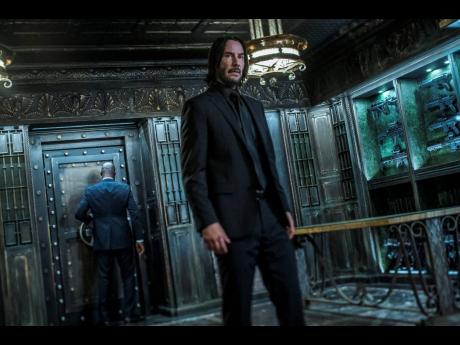 As the decade comes to a close, a lot of film fans will debate ad nauseum about the movies that truly defined the decade. Whatever performance indicators you measure that definition by, it can’t be denied that the character of John Wick is the most significant original action hero of the last 10 years. He is one character who manages to exceeds the expectations set by the film’s peripheral characters.

John Wick was spoken about as an unstoppable killing machine, with no remorse, and a penchant for creative violence, and he’s proven to be so much more than that time and time again.

With John Wick: Chapter 3 – Parabellum, the series once again performs that impossible task of exceeding the expectations it sets for itself. After the cliffhanger ending of John Wick Chapter 2, John is now excommunicado, marked for death by the nameless and mostly faceless organisation of worldwide assassins. While previously, John has been an assertive force, the third film pits him on the defensive, at a time when he couldn’t be less prepared for it. This way, the film is able to keep the series feeling fresh, and has a marked improvement over its immediate predecessor.

While the first film felt new and inventive, the second more or less felt like an extended epilogue. This time around, the film-makers have managed to capture the lightning back in the bottle, and do so by doing things extremely differently. New characters like Halle Berry’s Sofia and Asia Kate Dillion’s ‘Adjudicator’ also help to keep things interesting as the world of John Wick gets even more complex than before.

Parabellum, of course, has the trademark irreverent action (some of the best in the series) but it’s also a shift in tone for the series, presenting the film in a much more comedic light. Certain scenes are flat out played for laughs, but never at the expense of tension.

The tone lends to a more rewarding experience, especially when, for all its efforts to remain grounded, the film inevitably delves into incredulity. When certain elements of the movie feel a tad unrealistic, it’s a joy to see the film not take itself too seriously.

For all the new it does, at its core, John Wick stays true to its best guns. Fantastic world-building, clear character motivations, and setting a new benchmark for western action.