Women’s respect is not my responsibility! - Male entertainers say it’s not their duty to stop women from getting rude on stage 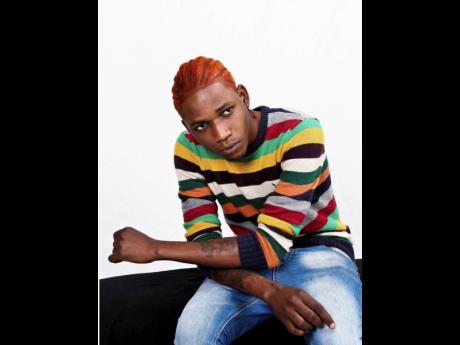 Male entertainers and their seeming lack of respect for women, has long been a hot topic on the music scene. The lyrics of certain songs within the dancehall space have come under the scrutiny for what many have described as the degradation of the fairer sex. But the conversation of respect or the lack thereof, has gone beyond lyrical content in recent times. As male artistes continue to push the envelope in the name of entertainment, many have become raunchy on stage as they perform with eager and excited female fans. However, with the advent of social media, their X-rated escapades have been gathering a lot of attention and has re-hashed arguments surrounding male entertainers and the value they place on women.

In an interview with The Sunday Gleaner, dancehall artiste Gage explained that male entertainers have the most respect for women. He says that as artistes, they create songs that make women feel good about themselves and feel liberated to the extent that they are unafraid and unashamed of embracing their sexual side. “I don’t see why people always saying we as artistes don’t have any respect for women when a we a sing the songs dem weh di woman dem love. A our song dem make the woman dem feel sexy to the point where she feel confident enough to come on stage and express herself,” he said. “Artiste nuh downgrade or disrespect women. Dancehall is not for kids, so when the adult women come out, dem come out to enjoy dem self and dem a go do weh dem wah do. I’ve never seen a clip where an artiste a force a female to do what she nuh want. These women do what they do willingly. We have very little control over how dem act sometimes. More time we just go with the flow because a entertain we a entertain and our audience a lot of the times is OK with whatever is happening. I guess, as artistes, sometimes we can control the situation if we see things a get to a certain level, but at the end of the day, if the women a enjoy dem self, we nah stop dem. We get booked fi go a show and the patrons come out to enjoy dem self. As men too, we also feel pressured because if me as a artiste ago sing a certain song and a female come pan stage and a enjoy herself certain way, how it ago look if me nuh engage her? It’s part of our culture as men in dancehall to show say we can handle things.”

Artiste turned producer Esco, shared similar sentiments. “Men are always challenged to show their prowess with how dem ago deal wid the female. And there is a level of hypocrisy there from the female standpoint because for instance, most women in the audience want to see how a Dexta Daps a go handle him thing and deal wid di woman dem. So if it goes a little overboard den ya hafi just deal wid dat. A stage show should be adult territory unless otherwise specified. When you go to a stage show you ago get entertainment of all types, each edgy in its own way. In the case of Dexta Daps who sings alot of sexual songs and is a ladies performer primarily, in that situation, you’re going to get a sexy performance,” he said pointing out that women are willing participants at these events. “These women are jumping up on stage so why would it be us that have no respect for women when they are the ones coming up on stage? If what’s happening on stage is degrading to women, then these women wouldn’t be so willing. So, if there is any gross women have, it should be with those women going up on stage not the artiste. When you hire someone like Dexta Daps, you should know what you’re gonna get. Dexta Daps music anuh pickney thing.”

With that said, Esco points out that the outcry from certain members of the public may be stemming from the fact that almost every artiste is engaging in X-rated performances on stage with female patrons. He believes sexually charged performances should be left up to the artistes whose catalogue reflects acts of that nature. “I personally find it distasteful when every artiste a do da thing deh (get raunchy on stage with women). I feel like it should be the artistes who sing dem kinda song deh and have da kinda sex appeal deh must do dem kinda performances deh. I think dat some a di man dem a take it overboard and I feel that’s why its receiving so much attention because every man a try take up a gyal pan stage and ‘dagger’ dem even when they are not the artiste with the mass sex appeal. Maybe its the fact that it’s being overdone that’s rubbing people the wrong way. A Dexta Daps and dem man deh must do certain things.”

Women’s rights activist, Nadine Spence also weighed in on the issue. She explained that women who are active participants in dancehall, have already been programmed to act a certain way through the songs being put out by male entertainers. She notes that having been conditioned into thinking that behaving a certain way is the ‘modus operandi’, women simply go with the flow. “The lyrics of their songs kinda dictates the space, so I can say on a macro level, perhaps women can only enter the space (dancehall space) and participate in it with their clothes off and their breasts being felt up. The language of dancehall already sets the stage,” she said. “Its just like if you go to a Church that wears hats, you know your’e suppose to wear a hat because that is what the Church expects of you. Dancehall has already set the stage for women’s participation and women can only participate as the objects of men’s sexual fantasies.” But with that said, Spence also explained that women who engage artistes in a certain way at these events, are willing participants and should not be seen as victims.