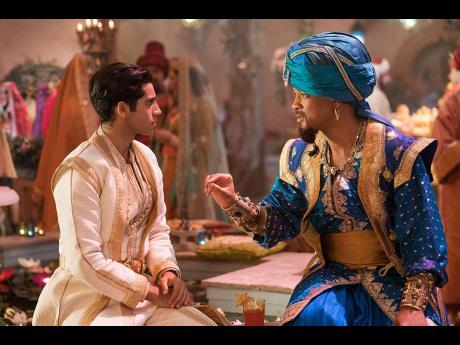 Once again, Disney has seen fit to release another live action remake of one of its classic animated films. This time, it’s the story of Aladdin, the love story of a street rat, a princess, and a big blue genie to help them along the way. While the Disney remakes have been more or less decent, some bordering on inspired, Aladdin is perhaps the most challenging one yet. How do you recapture the iconic performance of Robin Williams’ Genie, a performance that set a new standard for voice-over acting?

The simple answer is, you don’t. For all the bad press it received, Will Smith’s Genie is one of the shining parts of the film. Musically, Smith works for his big number Friend Like Me, but is a little flat with the opening Arabian Nights and Prince Ali’. At least A Whole New World sounded good. Still, Smith is playing the part with his own interpretation, which was distinct enough to stop drawing comparisons to the animated version.

On the other hand there was Marwan Kenzari’s Jafar, which is possibly the worst casting I’ve ever seen. He’s not a bad actor, he’s just horribly miscast. His age, voice, and general demeanour do nothing to convey the intelligence and authority of his villainy. So much so that when he does eventually get the upper hand, it’s far from convincing.

Then there’s the mainstays of Aladdin and Jasmine. Jasmine has much more to do this time around, with a strong direction that makes sense for her character, even if the film’s adherence to the original makes it a little inconsistent. Either Jasmine is ignorant of the price of bread, or she’s a learned woman of the people. Can’t be both. Aladdin, on the other hand, worked ­perfectly for me, and his added insecurity when he becomes Prince Ali helped to sell his character.

With remakes like this, there’s a strong temptation to not take the movie as it is, but rather, as how it compares to the original. To that end, I will say there’s enough here to make the film stand out on its own. Whether it stands out for the right reasons is up to the viewer. Personally, I liked more than I didn’t, and when I wasn’t taken out of the movie, I found it to be really entertaining.