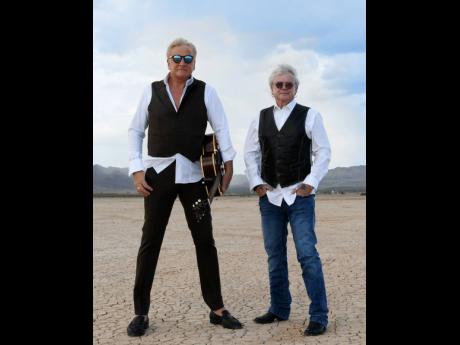 The Issa Trust Foundation ambassadors are known the world over for their monster hits which include Lost in Love, Here I am, The One That You Love, and All Out of Love. The two met in 1975 in Melbourne while performing in the Australian production of the Andrew Lloyd Webber and Tim Rice musical Jesus Christ Superstar.

Their first For the Children concert in 2017 saw the duo sharing the stage with Jamaican songbird Tessanne Chin. This year, they share the stage with reggae ambassadors Third World. Considered one of Jamaica’s most accomplished bands, the group has an extensive catalogue from which to perform. Joining them is young musical sensation Koffee. The 19-year-old has some of the hottest songs currently on the airwaves.

Funds from the charity event will be used to improve healthcare facilities across the island, focusing specifically on the paediatric and neonatal wards at the Annotto Bay and Savanna-la-Mar hospitals. The first concert raised more than J$15 million, and this year the hope is to raise US$200,000.

Before they hit the stage of the North coast resort, we caught up with Air Supply for this weekend’s 5 Questions With ... .

1. Why is it so important for you to support the initiative of the Issa Trust?

We support the Issa Trust initiative because it is a great cause to help the children.

2. You have performed in Jamaica quite a few times, what keeps you coming back?

We keep coming back to Jamaica because people ask us to.

3. Do you have one song that is always requested whenever you perform?

We have many songs that are always requested at our shows, and we play them all.

4. What is your favourite Jamaican food?

I like very spicy food so Jamaican jerk seasoning is great for me. Even as a vegan (Graham) I still like the spice.

5. Who is your all-time favourite Jamaican singer?

My (Graham) favourite Jamaican singer would have to be Bob Marley, followed by Shaggy.