From UK to JA, Nia Orea remains true to her love of EDM - One audio ­engineer’s return to her roots to ­unearth talent 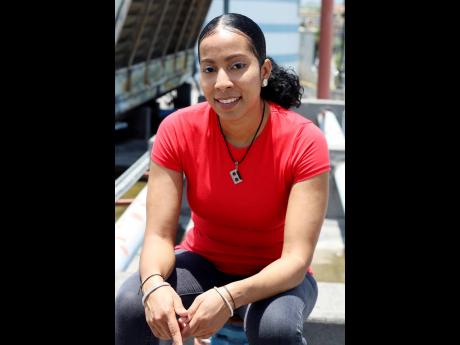 Don’t get it twisted, Nia Orea is not a cookie-and-cream type of girl. And while the music trailblazer cannot explain the origin of her chosen stage name, she is certain that there is no affiliation with the popular cream-filled snack.

“It is pronounced ‘nee-ah oh-ree-ah’, and although I regret choosing that name because people often say it incorrectly, it is unique,” she told The Gleaner.

She added, “I have created a name within the music-production space with that sobriquet.” That name she says, is that of being one of the few female audio engineers and a musician who dabbles in the production of electronic dance music (EDM) recognised by the international music industry, including artistes, producers and music platforms like Spotify.

Born and raised as Marcia Evans, she migrated from Jamaica to the United Kingdom (UK) (the place of her mother’s birth) after high school to attend college. There, she studied music and media, secured a job with BBC Radio, earned a diploma in audio production, kick-started a career in music production, and lived for over 15 years.

“The opportunity was right in the palm of my hands, so I figured, why not take advantage of it and study there? Although moving to a place I had never been to made me a little anxious, I was prepared to explore,” said Nia Orea about migrating.

As she matured in school, it reflected in her work, and soon, she was able to officially wear the title of audio engineer. With the skills she acquired in utilising music software, she produced her debut EP Gifted, which she released a year ago. The featured tracks play with the sonic elements of drums, melodies, and the synthesised, airy sounds that EDM is defined by.

The EP earned the attention of AWAL, a British record label under the Kobalt Music Group, which signed her, and Spotify, which invited her to be part of its Secret Genius Programme, which offered songwriters and producers access to the latest studio equipment, as well as the opportunity to connect with each other and collaborate on future projects.

Now, she is on a mission to take the ears and minds of listeners to the land of her birth – on a journey with EDM. “There are international producers, like Diplo and Walshy Fire, who have created a fusion with local genres, and I like what these producers have done, but I feel there is more that can be done when it comes to working with the talent in Jamaica with EDM,” she said. “There needs to be a greater contribution to the culture as a whole, getting the artiste greater recognition rather than selecting trending artistes to collaborate with, and bringing talent into the country to actually trade knowledge.”

And the prospects seem bright. “Maybe then, 10 years ago, it would have been challenging to do what I am trying to do as a female in the field, but with more of us working behind the scenes, persons are more interested or curious to learn beyond what they are used to; that includes EDM.”

With a more mature outlook, Nia Orea is prepared to establish her name in the local music industry, and returned to the island last month with new goals that include creating electronic-dancehall music fusions with entertainers like Spice and discovering new talent to record on her unfamiliar rhythms.

“Many persons may not get what the ‘noise’ is about, but discovering talent means testing the limits. Our entertainers are doing well on the international stages with other genres, but based on the reactions to my productions, it is clear that people want to hear more from us,” she concluded.