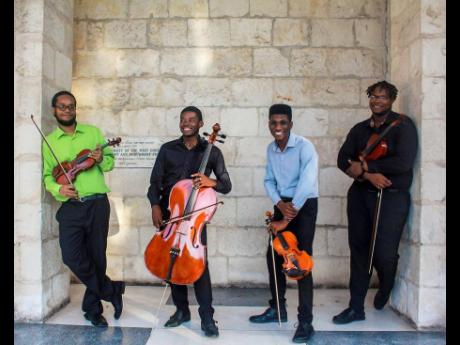 The annual ‘Classics in June’ fundraising charity concert has made its name as a showcase for the talent that exists locally in the classical music sphere. For the past 15 years, it has been a ray of hope that the genre, although not native to the island, can be preserved as part of its evolving musical culture.

There isn’t a large number of orchestral works breaking the airwaves, and this has fueled the fear that the sophisticated vocal-instrumental music form is doomed in Jamaica. But according to well-known flautist Laurice Barnaby, there is hope for classical music on the local stage.

“It is true that not as much of it [classical music] exists as the practitioners and aficionados would like, and similarly, there is a small number of events that highlight the genre,” Barnaby admitted.

She added: “There are pockets of classical music from the efforts of groups like the Philharmonic Orchestra of Jamaica to the exposure provided by schools such as Immaculate Conception High, which has its established symphony orchestras, and the circle of musicians that not only practise the art, but pass on the knowledge by educating persons about it.”

Barnaby, who is also a chairperson on the ‘Classics in June’ organising committee, said that the future of classical music lies with the younger generation. Despite the increased focus on reggae and dancehall stars and the demise of classical music on radio stations, she believes that even the most miniscule exposure children receive will inspire an interest in the music form.

“On the radio, very little, almost none of the programmes include anything of a classical nature. in the past, you could turn to a variety of stations and listen to the music for up to three hours. Nowadays, if we want to encourage the youth to listen, there needs to be access to concerts to train them up as part of the audience. It is part of the reason we invited children last year from the National Children’s Home (one of the beneficiaries) and gave the performers an opportunity to spread their wings.”

She noted that learning the genre is an expensive investment, and the shortfall in the industry or lack of interest has led many classical musicians to the classroom – to source jobs as teachers – which, while perhaps not be their preferred space, is still beneficial.

“Yes, Jamaica is primarily a reggae country, but the same classically trained musicians have the ability to do anything after that. a good classical trainee can play other genres of music even though it is not cheap. Why not start there?”

The flautist suggested that easier access to education in that field and an increase in classical concerts from one per season to a monthly or bi-monthly basis could help revitalise the genre locally.

One of the acts for the upcoming ‘Classics in June’ concert, Gabriel Walters, a violinist and teacher, said that his exposure to classical music started at his home.

“My parents were fans of the music, and the story is that over time, I became interested, discovered the violin, and so they did not stop until they found me a tutor,” he recalled.

He recently joined forces with three other musicians to form the Accel String Quartet to add to the presence of classical units locally. “Call it a decision made out of a passion to fill the void of real classical quartets in Jamaica,” he said.

“Check the international stages. there is a vast amount of classical quartets, and we’re not seeing it out here. I am aware it is a secondary genre, but it is my vision to make it become part of the norm,” he continued.

“Though classical musicians make up a small percentage of the existing musicians, with the passion there is as a whole, we can make an impact.”

Walter’s tutor happened to be the multiaward-winning classical musician Steven Woodham, who is part of next month’s staging of ‘Classics in June’ and has faithfully been involved since his first performance in 2007.

Both musicians add to a wide list of seasoned classical practitioners who have offered their talent and time to the concert over the years. Other performers this year include Yuko Aoki, Santorini degli Archangeli, Stephen Shaw-Naar, and Archie Dunkley, among others. The concert, slated for Father’s Day (June 16), returns to its home, The University of the West Indies Mona Chapel, after having to seek a different venue last year.