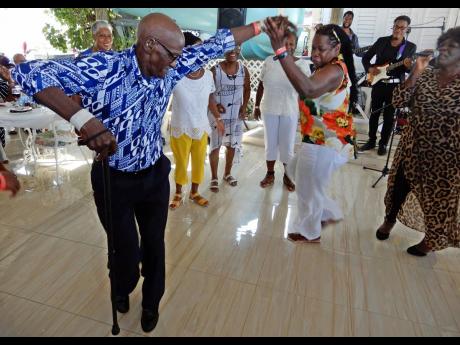 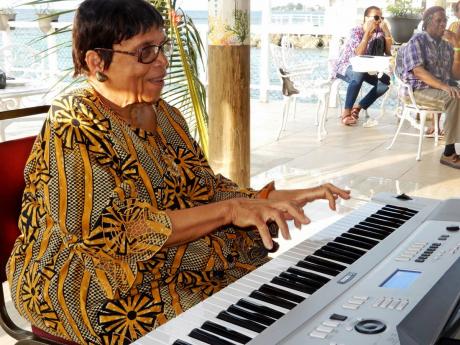 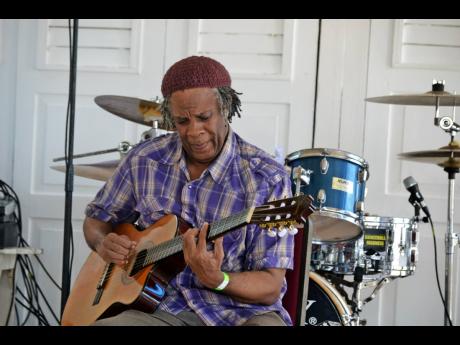 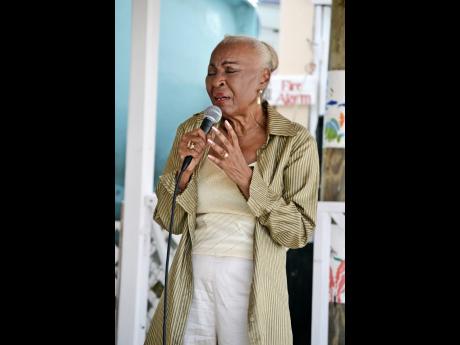 Some of the best voices in Jamaica are not often heard on records. Take, for example, Chetenge (Cheryl Clarke), who was simply awesome at the opening day of the 2019 Jamaica Ocho Rios International Jazz Festival at Franklyn D. Resort in Runaway Bay, on Sunday.

Chentenge, along with Wigmore Francis, the Pat Braxton Quintet; Myrna Hague, and Marjorie Whylie all came together to ensure that this year’s opening not only surpassed last year’s, but exceeded expectations.

Performing with the FDR Aggregation (made up of Exodus band members), Chetenge was tasked with not just opening the show, but she was given a second slot on the programme as well. She didn’t disappoint.

Armed with three decades of experience, which in itself was a shocking revelation, Chetenge took the audience on a jazz musical journey that included songs like: the Stylistics’ People Make the World Go Round, Bobby McFerrin’s Don’t Worry Be Happy, Cannonball’s Mercy; Nancy Wilson’s In the Middle; Peggy Lee’s version of Fever, and Sinatra’s Fly Me to the Moon.

Guitarist Wigmore Francis, accompanied by Marjorie Whylie on keyboard, then took the audience on an instrumental journey that included ‘Game of Thrones’ theme song, among others.

Chetenge returned for her second and shorter set and raised the bar, incorporating reggae, ska, mento, and soca in a dance-along session that was the highlight of the show.

After performing Still in Love With You, complete with samplings of Three Piece Suit and Uptown Top Ranking, she moved into the Pressure and Slide rhythm, and it was then that dancers took to the floor. Featured were Pam Hall’s One Dance, Johnny Osbourne’s Rock a Dub, ska classics like Simmer Down and Monkey Man, and soca favourites Feeling Hot and Dollar Wine, among others.

Not to be outdone, the Pat Braxton Quintet appearing for the first time in Jamaica, started with a few instrumentals but upped the tempo when Braxton took to the microphone. With tracks such as Take All of Me, Summer Time, and Our Love is Here to Stay, she thrilled the audience. Upon invitation, several couples returned to the dance floor and the jazz party continued.

Hague, accompanied by Whylie on keyboard, added the icing, closing the event with classics including; Somewhere Over the Rainbow and The Way We Were, among others. She took the time to also says thanks.

When asked how the opening day was, she told The Gleaner: “Fabulous! Absolutely wonderful! I’m so pleased. We had almost double in terms of turnout this year for this opening event, so that is a great thing. We had great entertainment.”

She praised the performers who appeared for their contribution to a wonderful afternoon.

Got it, thanks! Love it! Received, thank you.